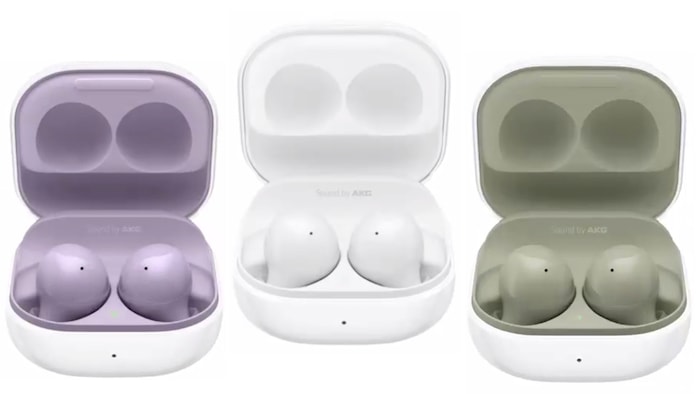 The new Samsung Galaxy Buds 2 will be announced along with the Samsung Galaxy Z Fold 3 and Galaxy Z Flip 3 later this week. Samsung are holding their Samsung Unpacked press event on Wednesday.

Now it looks like the new Galaxy Buds 2 headphones have been leaked by Amazon, the headphones briefly appeared on the retailers website. This has revealed some more details about the headphones and how much they will cost.

The new Galaxy Buds 2 will retail for €149.99 in Europe and it looks like they will come in the four colors, some of which are shown above. These colors will include Graphite, White, Lavender and Olive.

The Amazon listing can bee seen below and it say that they will be available on Amazon from the 27th of August 2021.

As we can see from the listing the new Galaxy Buds 2 will have a playback time of up to 5 hours on their own and up to 15 hours with the case.

Samsung will make these new headphones official this waywardness along with some other devices as Samsung Unpacked. This will include the Samsung Galaxy Z Fold 3 and Samsung Galaxy Z Flip 3 smartphones. We may also see some more new devices at Samsung’s press event on Wednesday.