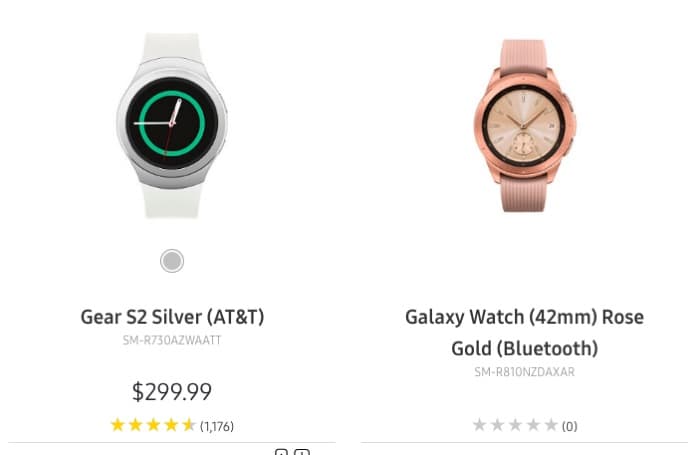 It looks like Samsung’s next smartwatch will be launching as the Samsung Galaxy Watch, this is a rumor we have been hearing for some time and it has now been confirmed by Samsung.

The Samsung Galaxy Watch was recently listed on Samsung’s website, it has since been removed by Cnet managed to get a screenshot of the device which you can see below.

The new Galaxy Watch was listed on Samsung’s website with the model number SM-R810NZDAXAR, the device is listed as a 42mm model in Rose Gold. We heard recently that the device would be in two different sizes, one with a 1.19 inch display and the other with a 1.3 inch display.

This device is probably the larger of the two so we suspect the smaller model will probably either measure 38mm or 40mm. The new Samsung smartwatch is rumored to come with Tizen, there had been rumors of a Wear OS device but it is not expected to be the new Galaxy Watch.

Samsung are holding a press conference on the 9th of August where the new Galaxy Watch will be made official along with the new Samsung Galaxy Note 9.