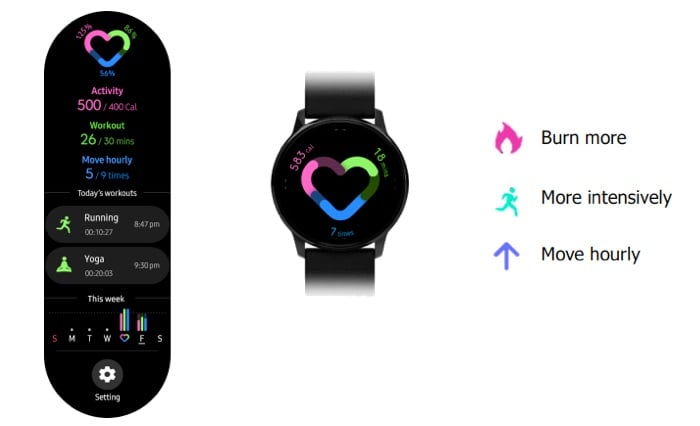 We recently heard some more specifications on the new Samsung Galaxy Watch Active and now we have some more details on the device.

Now some press renders for the new Samsung Galaxy Watch Active have been leaked and they show some of the functions the device will come with. 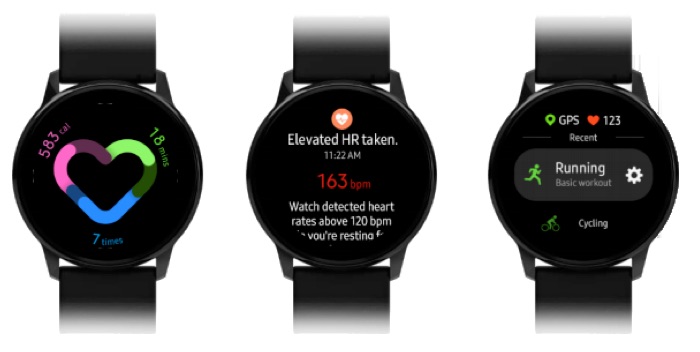 The Galaxy Watch Active will come with a range of fitness tracking features, this will include a heart rate monitor and more.

The device is rumored to feature a 1.1 inch AMOLED display that will have a resolution of 360 x 360 pixels, it will also come with 4gB of storage an 768 MB of RAM. The device will come with the latest version of Tizen and it will have Bluetooth, GPS and NFC, it will be waterproof up to 50 meters.

Samsung will make their new Galaxy Watch Active official at their Samsung Galaxy S10 event which takes place on the 20th of February in San Francisco.