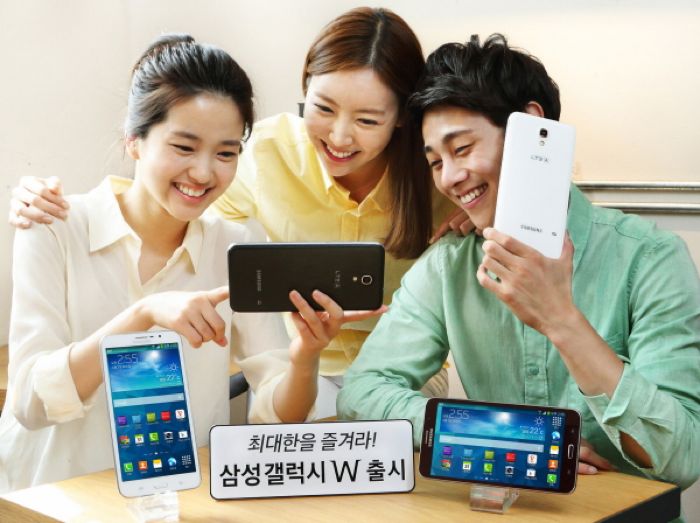 The Samsung Galaxy W comes with a 7 inch display that has a HD resolution of 1280 x 720 pixels, the device is powered by a quad core processor with a clock speed of 1.2Ghz.

Other specifications on the Samsung Galaxy W include 1.5GB of RAM and 16GB of built in storage, the handset will come with Android 4.3.

The Samsung Galaxy W also comes with LTE-A and features a 2 megapixel front facing camera and an 8 megapixel rear camera.

Samsung will launch the Samsung Galaxy W in South Korea, the device will retail for around 499,400 won which is around $490, and it features a faux leather casing like the note 3 and comes in red, white and black.

As yet there are no details on when Samsung will launch the Galaxy W outside of South Korea, the company could possibly launch the device as the Galaxy Mega that we heard previously.

As soon as we get some more information on whether Samsung will launch the Galaxy W in the US and Europe, we will let you guys know.