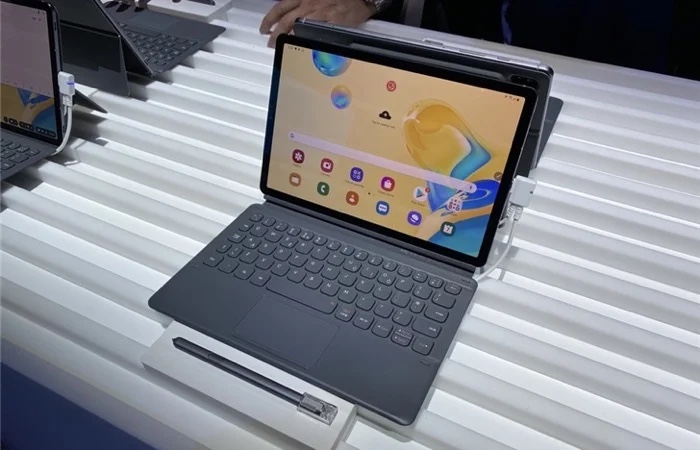 The Samsung Galaxy Tab S7+recently appeared at the Bluetooth SIG and now we have some more details on the device as it has been spotted on the Geekbench benchmarks.

The device was listed on Geekbench with the model number SM-T976B and the listing confirms that the tablet will come with a Qualcomm Snapdragon 865 mobile processor.

The listing also confirms that the tablet will come with 6GB of RAM, we are also expecting another RAM option of 8GB. 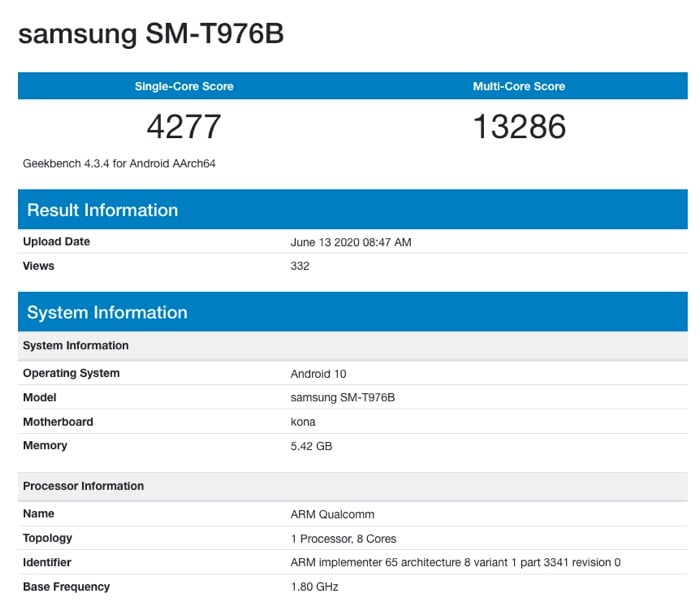 We are expecting the new Samsung Galaxy Tab S7+ to come with a choice of 128GB or 256GB of storage and it will also feature with AKG speakers and support Dolby Atmos.