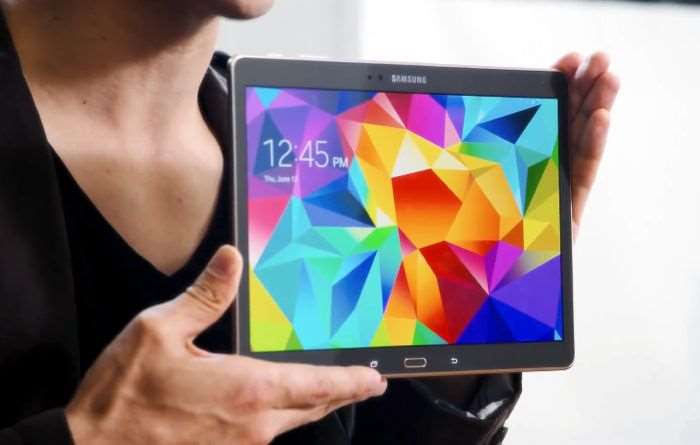 It looks like we could see a new tablet from Samsung at Mobile World Congress next month as the Samsung Galaxy Tab S3 has appeared in some benchmarks.

The guys over at Galaxy Club discovered the new Samsung Galaxy Tab S3 on GFXBench and we could see the device at MWC 2017 next month.

The Samsung Galaxy Tab S3 will come with a 9.7 inch display that will feature a resolution of 2048 x 1536 pixels and the device will be powered by a Qualcomm Snapdragon 820 processor.

Other specifications on the new Galaxy Tab S3 will include and Adreno 530 GPU and 4GB of RAM, the device will also have 32GB of built in store and we presume it will come with a microSD card slot. 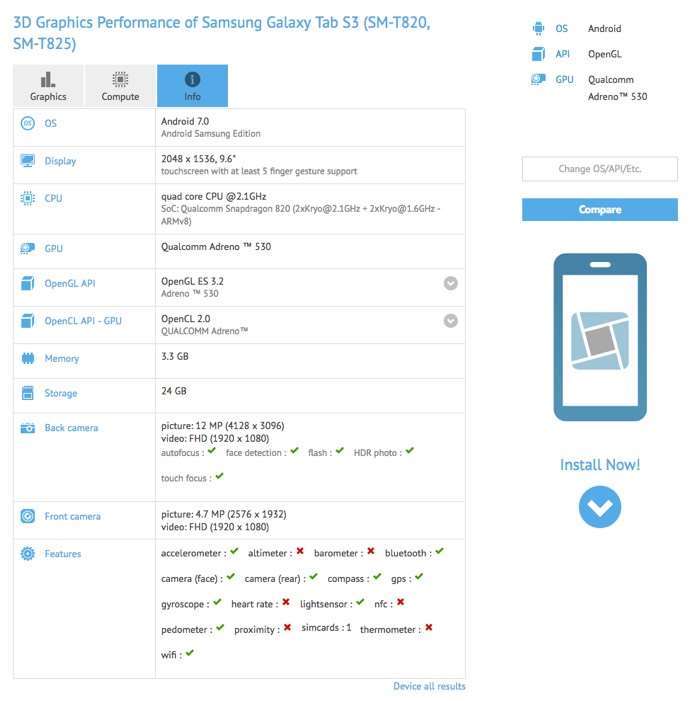 The Samsung Galaxy Tab S3  is listed with have a 12 megapixel rear camera with HDR, auto focus and face detection, on the front of the tablet there will be a 5 megapixel camera for photos and videos.

As soon as we get some more information about this new Android tablet from Samsung and also some pictures of the tablet, we will let you guys know.