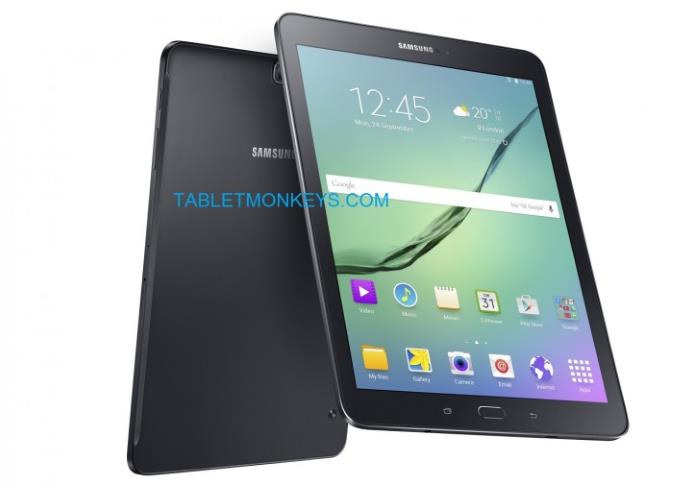 Samsung Galaxy Tab S2 has seen its fair share of rumors in the past few weeks. We’ve already heard about the detailed specifications of the tablet, and now we have more things to share about the tablet.

Recently, some press renders of the alleged Samsung Galaxy Tab S2 made their way on to the internet, giving us a glimpse of how the tablets may look like when it launches.

As you know, Samsung has apparently decided to reduce the screen size of the upcoming Galaxy Tab S line up to 8-inch and 9.7-inch, respectively. The tablets are expected to come with top-of-the-line specifications on board, and if rumors are to be believed, the Korean company is expected to unveil the new tablets this week.

As far as the specifications are concerned, both tablets — the 8-inch and 9.7-inch — are expected to come with Super AMOLED display featuring a resolution of 2048 x 1536 pixels. Under the hood, the alleged tablets will feature an octa-core 64-bit Exynos 7420 paired with 3GB of RAM and 32GB of internal storage coupled with a microSD card slot for expansion.The tablets are also expected to feature an 8MP camera for photos and videos.

The 8-inch version is expected to feature a 3,580 mAh battery while the bigger variant will apparently come with a 5,870 mAh unit.

Samsung is expected to hold a press event next week, we’ll update you as soon as the tablets are officially announced.