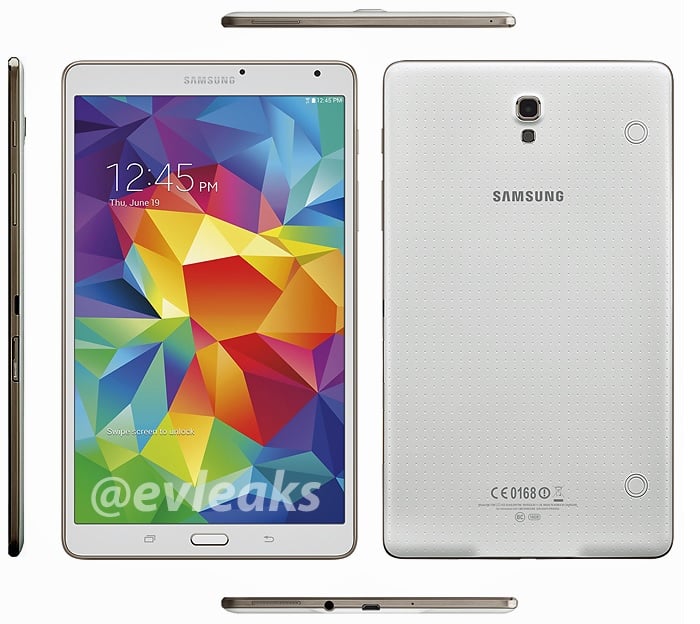 Recently, @evleaks shared the press render of the other version of the tablets, the purported Samsung Galaxy Tab S 8.4.

Samsung Galaxy Tab 8.4 is expected to come with a similar set of specifications as its big sibling, except the screen size, which is set at 8.4-inches with a resolution of 2560 x 1600 pixels. The alleged tablet will come with an octa-core Exynos 5 Octa 5420 with 3GB of RAM.

On the storage side, it’s rumored to come with 32GB with a MicroSD card slot for expansion. Other rumored features include 8MP camera for photos and videos, with a 2MP front-facing camera, a fingerprint sensor similar to the Samsung Galaxy S5, ultra power saving mode, and should come with Android 4.4.2 KitKat as its operating system.

The tablet is rumored to see the light of the day on June 12th at a press event. We’ll update you as soon as it gets official. Stay tuned.