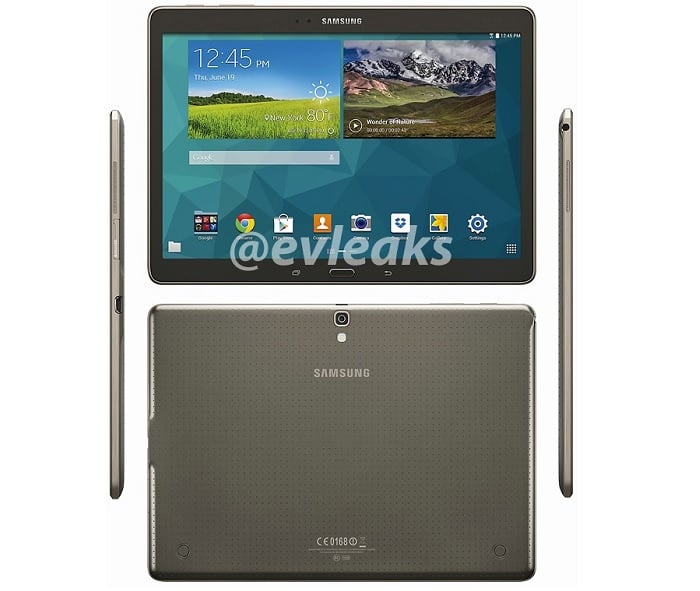 Samsung Galaxy Tab S 10.5 has seen its fair share of rumors in the past few days. Recently, we found out the alleged tablet will come with the same fingerprint sensor and Ultra battery saving mode which made its way to the Samsung Galaxy S5.

Now, @evleaks has posted some press renders of the alleged Samsung Galaxy Tab S 10.5, revealing what the tablet may look like.

The design looks much more like the Samsung Galaxy S5, which the same dotted background as the flagship device. The alleged tablet will also feature a flash on the back as show above. 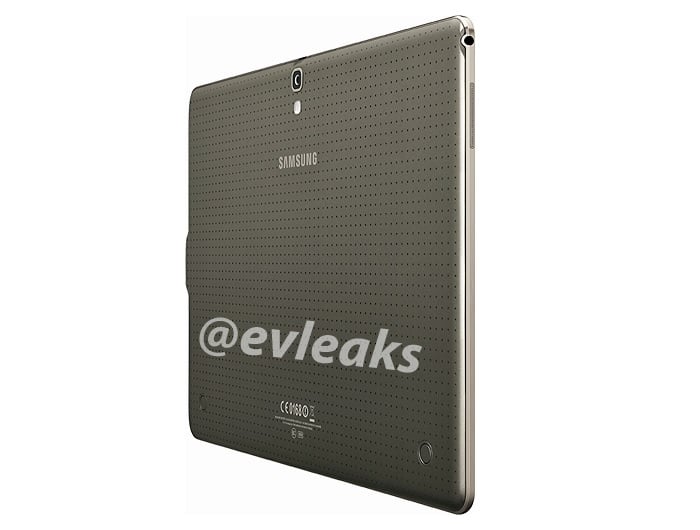 The purported Samsung Galaxy Tab S 10.5 will be powered by an octa-core Exynos 5 Octa 5420 chipset with 3GB of RAM. On the storage side, it will come with 32GB of internal storage with a microSD card slot. 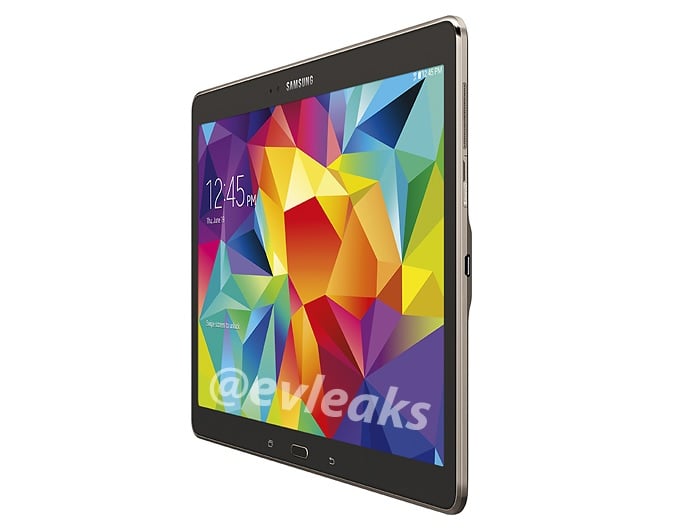 Other rumored features include an 8MP camera for photos and videos, 2MP front-facing camera, WiFi, Bluetooth and should come with Android 4.4.2 KitKat as its operating system.

Samsung has scheduled an event on June 12 where the Korean OEM is expected to take the wraps off the tablet. We’ll update you as soon as it gets official.