If you want something different than the standard Samsung Galaxy Tab Android tablet, then Samsung has the answer in the form of the Samsung Galaxy Tab Luxury Edition which will be available from the 15th of December 2010 to the 31st of January 2011. 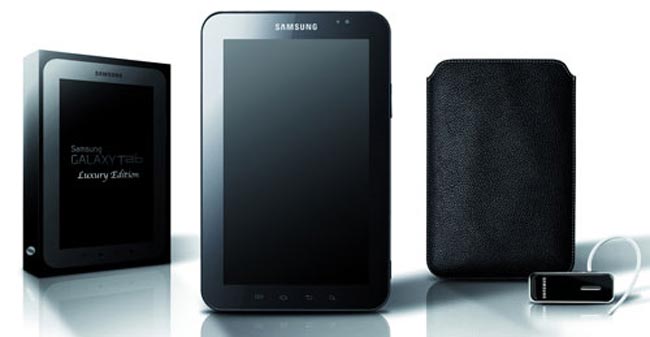 So basically you are getting a standard Galaxy Tab tablet with a leather case and a Bluetooth headset for about $400 more than the cost of the tablet on its own, it really doesnt sound like the best deal.