Samsung has announced that their first Andorid based tablet, the Samsung Galaxy Tab is coming to four major mobile carriers in the US. The Galaxy Tab will be available with Verizon, T-Mobile, AT&T and Sprint.

One thing to note which differs from the European version that was announced recently is that the US version will not make standard mobile voice calls. 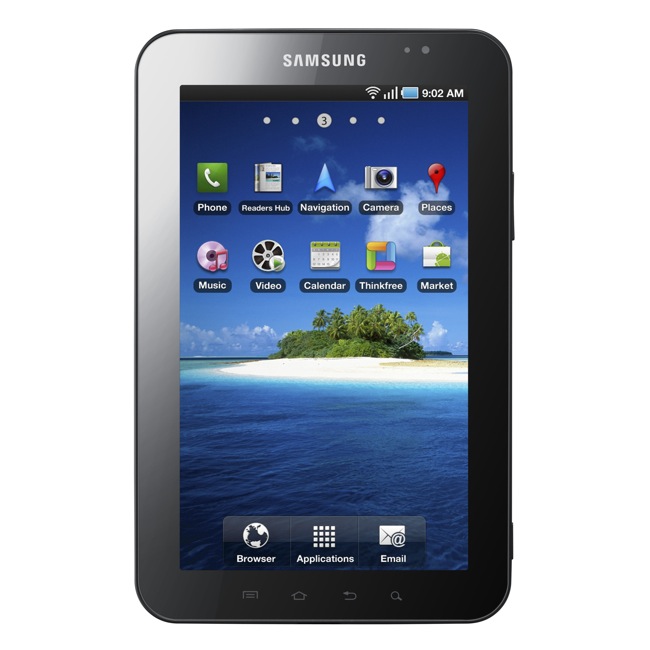 The Galaxy Tab features a 7 inch touchscreen WSVGA display and it comes with Android 2.2, and each version with each different carrier will be specific to that network, with slight software modifications between each one.

None of the four US carriers have announced any price details as yet, obviously they will be discounted from the European prices when you sign up to a mobile data contract.

Some are expected within the next few weeks, and the Galaxy Tab is expected to be availble with all of the four US carriers by October.