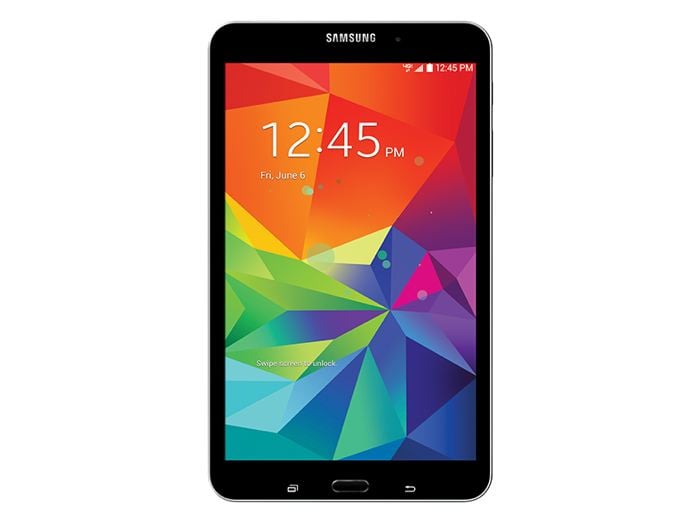 Verizon Wireless has announced that the Samsung Galaxy Tab 4 8.0 will be available on their network from tomorrow, the 26th of June.

The Samsung Galaxy Tab 4 8.0 will set you back $379.99 on the carrier, although it will be offered for a limited time for for $279.99 if you take out a new two year contract with the carrier.

The family tablet. Give it to someone for 5 minutes and all of the sudden the wallpaper is changed, apps are downloaded and rearranged, and there’s also now a password. And that’s just after one person’s had it; wait until everyone has had their turn.

The Samsung Galaxy Tab 4 8.0 comes with an 8 inch display that has a resolution of 1280 x 800 pixels, the device is powered by a quad core processor and comes with a clock speed of 1.2GHz, there is also 1.5GB of RAM and 16GB of built in storage.

Other specifications on Samsung Galaxy Tab 4 8.0 include a microSD card slot for expansion that will take up to a 64GB card, the tablet also comes with front and rear facing cameras.