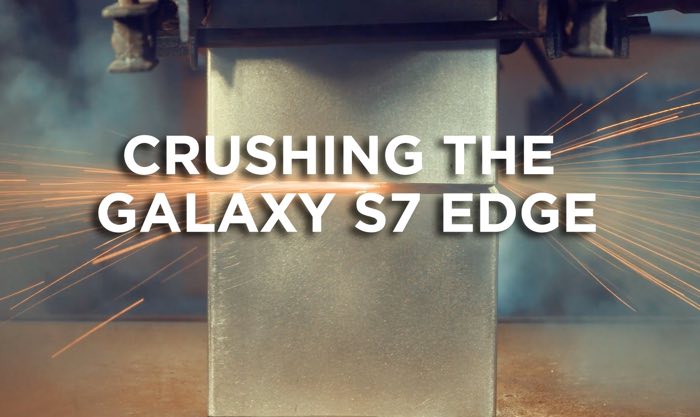 We have already seen a number of torture test and stress test videos for the Samsung Galaxy S7, although the latest one is probably the most extreme to date.

In the video below out together by the guys from Slickwraps, the Samsung Galaxy S7 Edge meets a 400 ton hydraulic press.

As we can see from the video, the outcome was as expected, the handset doesn’t survive the 400 ton hydraulic press, not exactly the most scientific stress test for the handset.

Samsung are also expected to launch a more rugged version of the handset, the Galaxy S7 Active, we wonder how well that device will do against a hydraulic press.