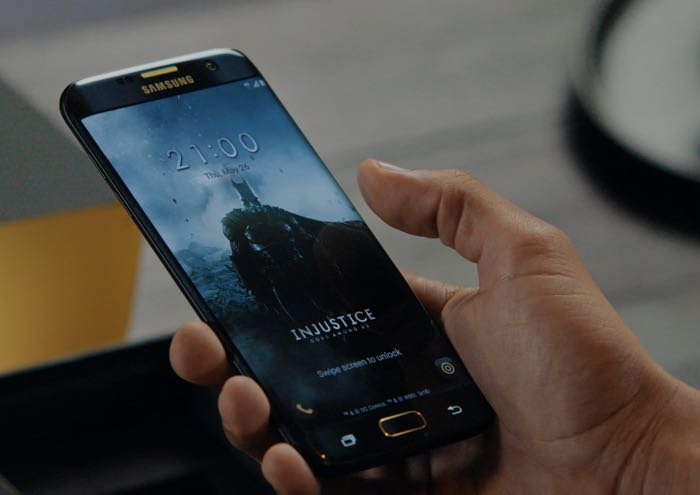 The Samsung Galaxy S7 Edge Injustice Edition is being launched to celebrate the third anniversary of Injustice: Gods Among Us.

“We are excited to partner with Warner Bros. Interactive Entertainment and offer a special edition of Galaxy S7 edge for fans of Injustice: Gods Among Us,” said Younghee Lee, Executive Vice President of Global Marketing, IT & Mobile Division at Samsung Electronics. “Samsung always seeks to provide the best mobile gaming experience for its users, and this partnership reinforces our commitment to the game’s fans.”

The Galaxy S7 edge Injustice Edition package is equipped with a sleek deep black Galaxy S7 edge, accentuated by gold detailing and an iconic seal on the back, inspired by Batman. The package additionally offers a Gear VR (in select territories), along with Injustice game credit and Oculus VR content vouchers.*