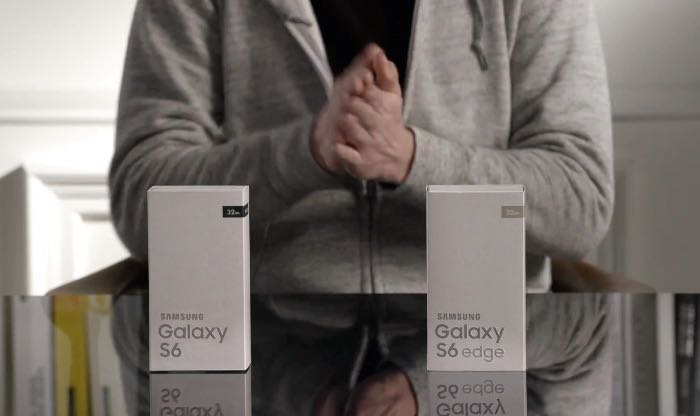 Samsung has released an unboxing video for their new Samsung Galaxy S6 and Galaxy S6 Edge smartphones and we get to have a look at these new Android smartphone.

The Samsung Galaxy S6 and S6 Edge share similar specifications, both have a 5.1 inch display with a Quad HD resolution of 2560 x 1440 pixels, although the S6 Edge has a curved dual edge display.

Processing on the Samsung Galaxy S6 and S6 Edge comes in the form of a eight core Samsung Exynos 7420 processor and there is also 3GB of RAM.

For storage the new Galaxy S6 smartphones come with a choice of either 32GB, 64GB or 128GB of included storage, there is no microSD card slot so your storage is limited to whichever model size you go for.

The Galaxy S6 and S6 Edge comes with front and rear facing cameras, on the front of the device there is a 5 megapixel camera and on the back there is a 16 megapixel camera. Both handsets come with the latest version of Google’s mobile OS, Android 5.0 Lollipop.