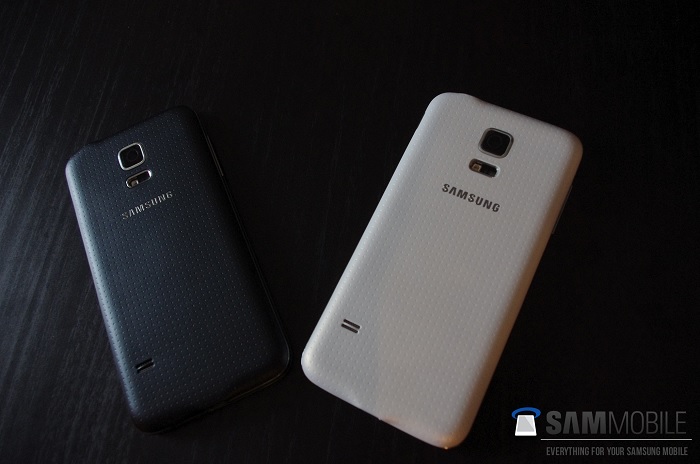 Samsung is rumored to be working on a miniature version of their flagship device, know as the Galaxy S5 Mini, with trimmed down specifications. The alleged device is yet to see the light of the day, but we’ve seen it getting leaked several times in the past few weeks.

Recently, the folks at SamMobile managed to grab a handful of images of the alleged Samsung Galaxy S5 Mini, alongside the current flagship device. Taking a quick look at the images reveals some information about the screen size. Additionally, the same source revealed complete specifications of the device, as well as screenshots from CPU-Z and AnTuTu benchmarks.

Before we proceed to the specifications, here are some more images of the alleged Samsung Galaxy S5 Mini: 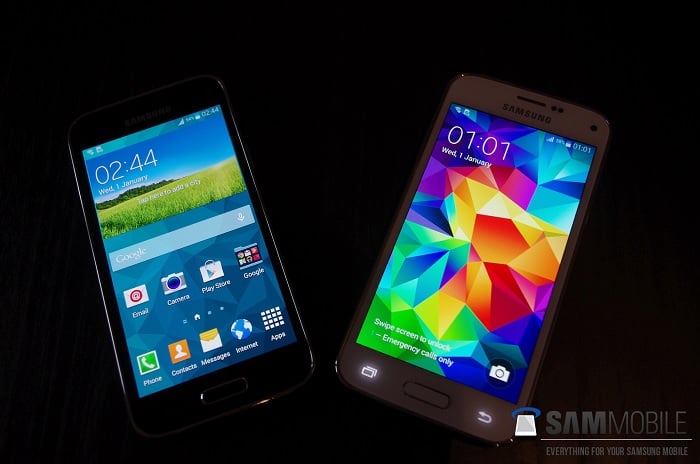 The Samsung Galaxy S5 Mini rocks a 4.5-inch display sporting a resolution of 1280 x 720 pixels resolution. Under the hood, the alleged Galaxy S5 Mini will come with a Exynos 3470 chipset, which is yet to see the light of the day, clocked at 1.4GHz, with a quad-core Mali-400 MP4 GPU clocked at 450MHz. 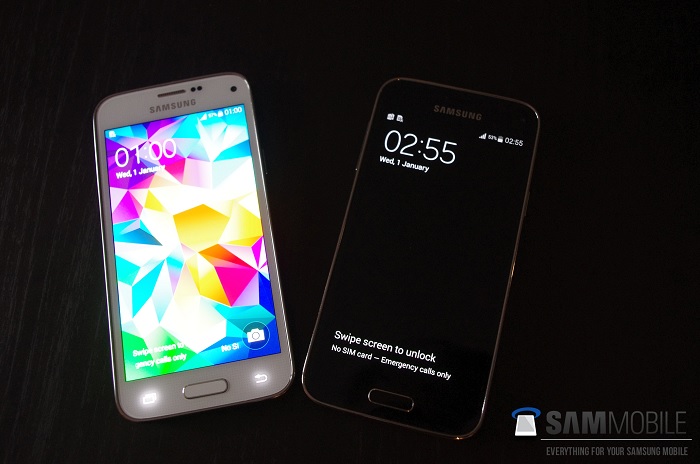 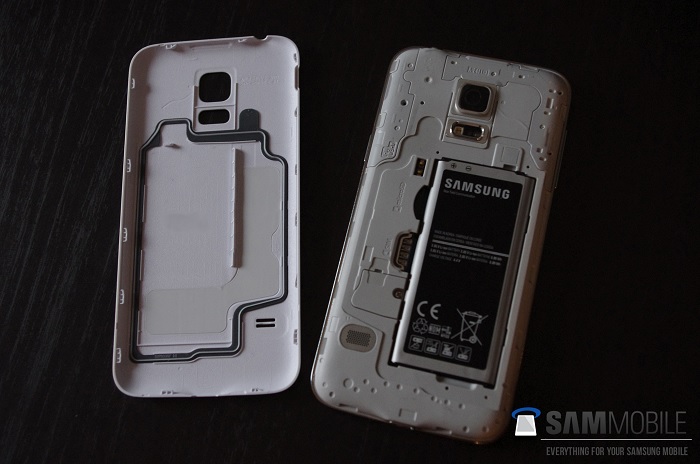 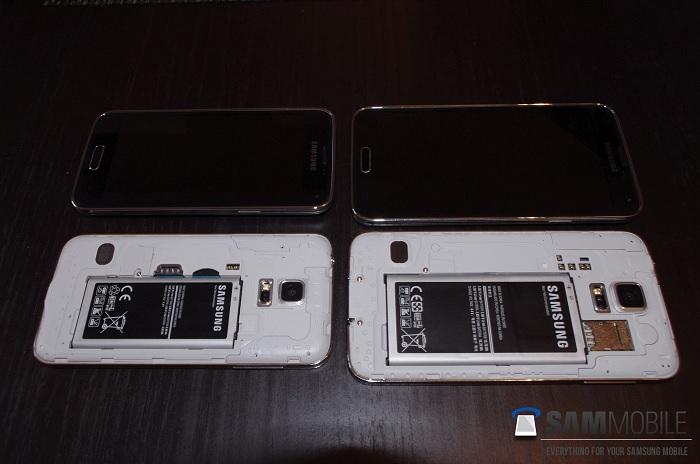 Here are some screenshots of the CPU-Z and AnTuTu Benchmark app:

The purported device will come with a somewhat similar design as the Galaxy S5, but if you take a closer look at the images above, there’s no flap on the USB charging port. Does this mean its not water-resistant? Well, SamMobile’s source says its IP67 certified — it seems Samsung has found a way to keep it waterproof without the use of the flap on the charging port.

There’s no word about the launch of the device but we’ll update you as soon as come across anything.