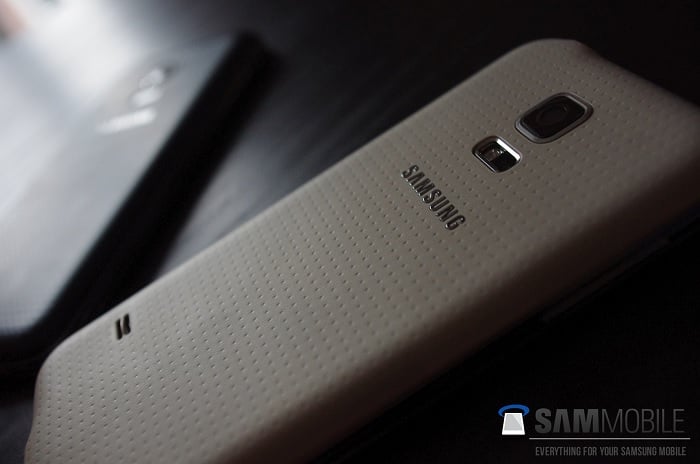 Yesterday, Samsung unveiled the rugged Galaxy S5 Active, but it’s not the only device which was in the pipeline of the Korean manufacturer.

Samsung is also rumored to be working on a miniature version of their flagship device dubbed as the Galaxy S5 Mini, which is expected to come with a trimmed down specifications, compared to the original device. Recently, the alleged device posed for the camera, revealing its design which is similar to the Galaxy S5.

Samsung is known for releasing several versions of their flagship devices. Last year, the company released so many versions of the Galaxy S4 that we can’t even remember. It seems it’s going to be the same this year as well. The company already released the Galaxy S5 Active and Galaxy K Zoom, but it seems more will follow in the coming months. 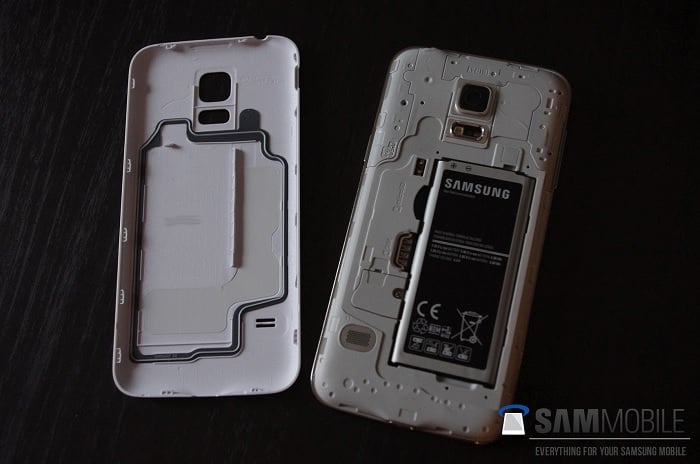 The leaked images popped up on SamMobile, who also managed to get hold of the specifications the alleged device is expected to bring at the table as well. The alleged Samsung Galaxy S5 Mini is rumroed to come with a 4.5-inch display sporting a resolution of 1280 x 720 pixels, and will be powered by an unannounced Exynos 3 Quad (Exynos 3470) SoC clocked at 1.4GHz with Mali-400 MP4 GPU.

Other rumored features include 16GB storage with a microSD card slot for expansion, 1.5GB of RAM, 8MP camera for photos and videos, 2.1MP front-facing camera and should come with Android 4.4.2 Kitkat as its operating system. The rumor also mentions all the software features such as the Ultra battery saving mode, kids mode, etc. will be present in the alleged device.

We’ll update you as soon as we hear anything about the launch of the Samsung Galaxy S5 Mini.