Last week we heard that the US version of the Samsung Galaxy S4 which will come with a 1.9GHz quad core Qualcomm Snapdragon S4 processor, and the international version of the device would feature Samsung’s own Exynos 5 Octa 8 core processor and now some benchmarks have been revealed that confirm this. 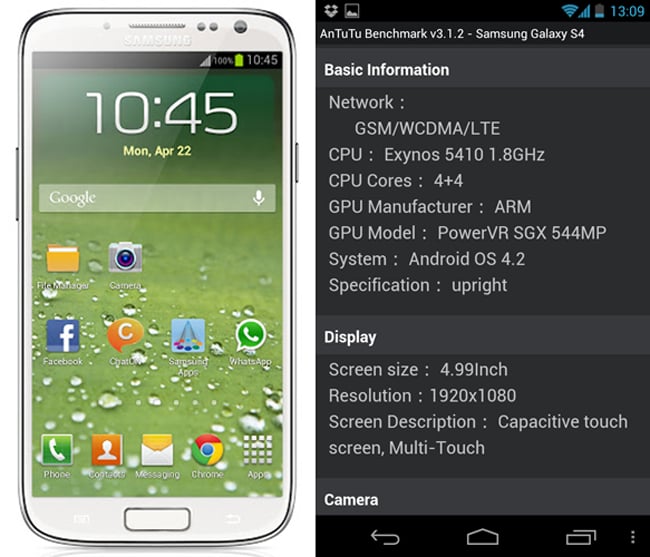 As we heard previously the international Samsung Galaxy S4 will come with an Exynos 5 Octa 5 8 core processor with a clock speed of 1.8GHz, the device will also feature a PowerCR SGX 55MP GPU.

The other specifications on both versions will remain the same, which include a 4.99 inch full HD display with a resolution of 1920 x 1080 pixels and Android 4.2 Jelly Bean, plus front an rear facing cameras. 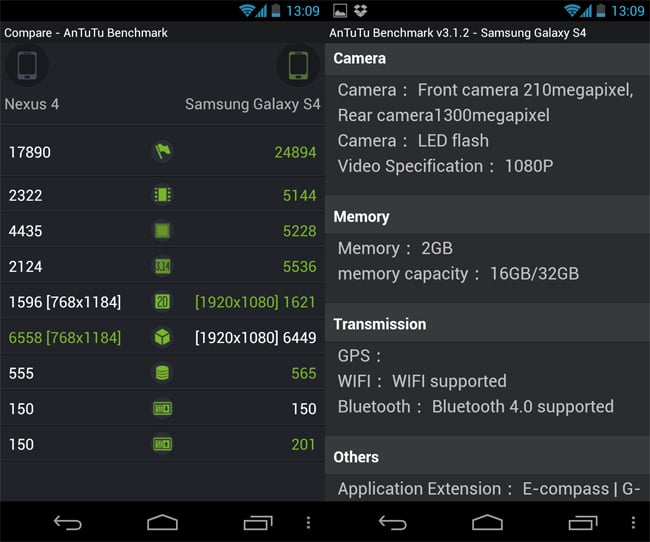 The Samsung Galaxy S4 will also feature 2GB of RAM and will come with NFC, WiFi and Bluetooth, and it will be the first Samsung device to use their new Samsung Wallet app and also mobile payments through Visa, after Samsung and Visa signed a deal recently.

Other new features we are expecting to launch with the Galaxy S4 are some sort of new eye tracking technology, the features are expected to be called Eye Pause and Eye Scroll, these were two new trademarks that Samsung filed recently.

Another new feature that is rumored to launch with the Samsung Galaxy S4 is touchless gestures, for example rather than pressing a button on your handsets display and then lifting the device to your ear to take an incoming call, you will simply be able to lift the handset to your ear. 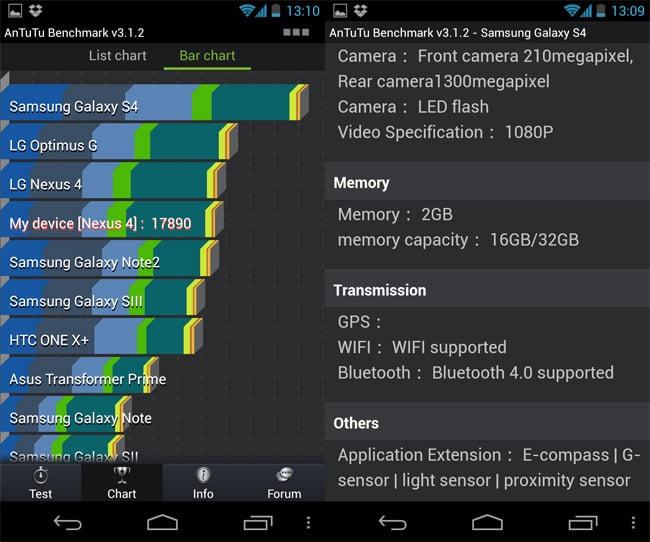 Samsung will officially unveil their new Samsung Galaxy S4 smartphone at a Samsung Unpacked event in New York which takes place on the 14th of March, the event will also be streamed live in Times Square.

We are expecting Samsung to roll out the Galaxy S4 globally, rather than a staggered release, and the handset is rumored to launch in the US and Europe in April, with a possible launch date some time between the 15th and 22nd of April.