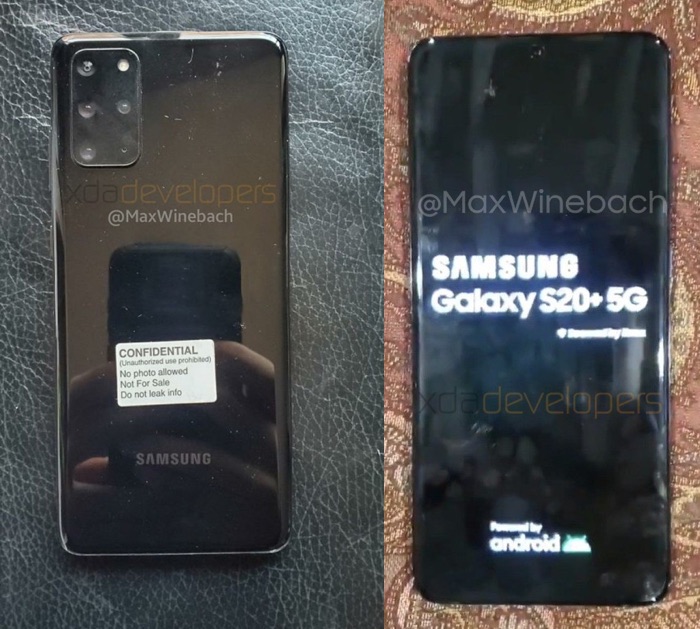 It looks like we finally have some photos of the new Samsung Galaxy S20, earlier the handset appeared in some benchmarks and now we get to see the handsets design.

The photos were posted online by the XDA Developers and it shows that there are apparently four cameras on the rear of the device. There is also a flash and possible a microphone on the back with the cameras.

The handset also comes with a single cut out punch hole on the front for the Selfie camera, there also appears to be a slimmer bezel than the current handsets.

The new Samsung Galaxy S20 range of devices will either come with the latest Samsung Exynos processor or the new Snapdragon 865 processor depending on the region. The handsets will also come with up to 12GB of RAM.

Samsung are holding a press event next month on the 11th of February where they will make their new Galaxy S20 range of devices official.