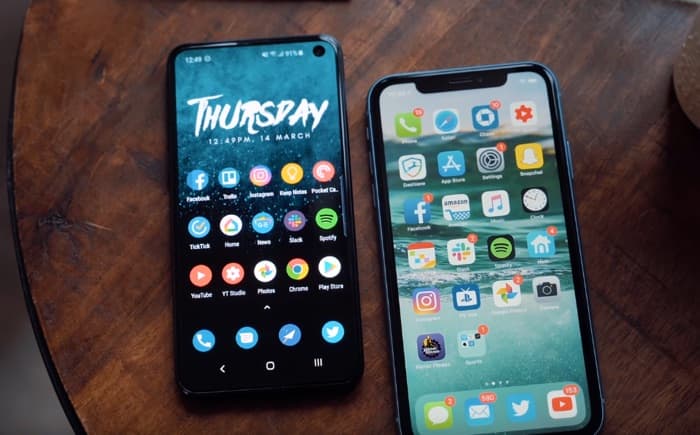 Samsung’s entry level flagship, the Galaxy S10e is designed to compete with Apple’s iPhone XR, both handsets retail for $749 and now we have a Samsung Galaxy S10e vs iPhone XR.

The Samsung Galaxy S10e vs iPhone XR video was put together by MacRumors and it shows us the two handsets side by side.

As we can see from the video the iPhone XR comes with the large notch on the front where as the Galaxy S10e has a significantly smaller cut out at the top of the display.

Samsung also has a better display and comes with two cameras on the back as opposed to one on Apple’s iPhone XR. Out of the two the new Samsung Galaxy S10e appears to the better of the two smartphones.