Samsung has be teasing us with details of their new Galaxy smartphone, which the company has been calling the ‘next Galaxy’, and now we have some confirmation that the device will be called the Galaxy S III.

Samsung has released a new app on Google Play, called the Samsung mobile Unpacked 2012 app, and as you can see from the screenshot below, the description of the app has a reference to the ‘galaxy s3’. 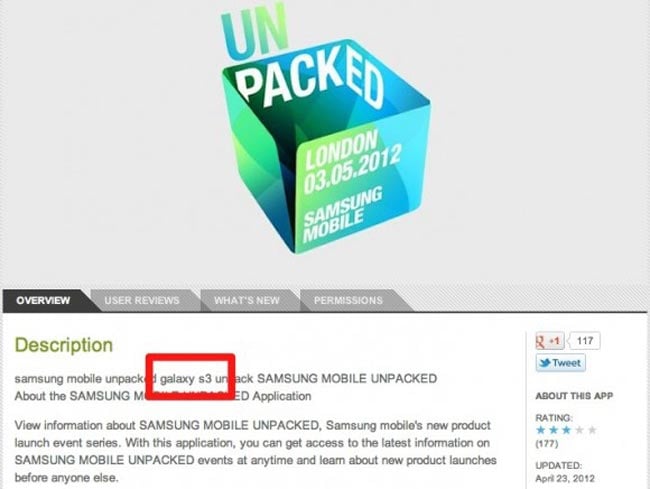 We are expecting the device to be officially announced by Samsung on the 3rd of May, so we don’t have much longer to wait to see what Samsung’s new flagship Android handset is like.