Samsung has announced a new model of the Samsung Galaxy S, the Galaxy S Femme, which as the name suggests is aimed at the ladies, although the accessories that come with it are slightly strange.

Instead of getting some smartphone accessories with the Galaxy S Femme, Samsung are bundling it with some Aveda Damage Remedy and Hand Relief creams, why? we have no idea. 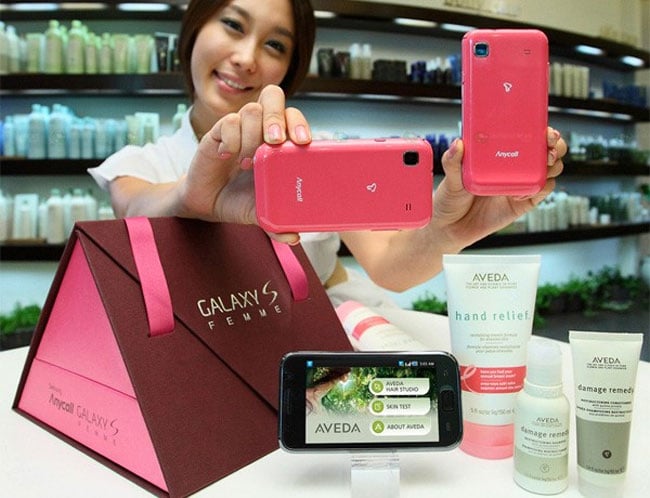 The Samsung Galaxy S Femme shares the same specifications as the standard Galaxy S, although it does come in pink, and also comes bundled with a pink 4GB microSD card.

Samsung Galaxy S Femme comes with Android 2.1, it features a 1GHZ processor  and a four inch Super AMOLED WVGA display with a resolution of 800 x 480 pixels.