The Samsung Galaxy S Advance was announced a while back, and now Samsung has announced that this new Android smartphone will be available in the UK from the 30th of April.

Samsung have said that the device will be available from a  range of mobile carriers here in the UK, and it comes with a 4 inch WVGA Super AMOLED display with a resolution of 480 x 800 pixels and it will come with Android 2.3 Gingerbread. 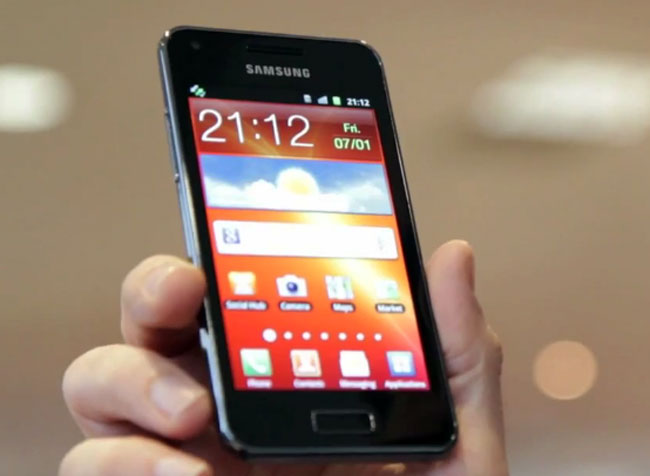 The Samsung Galaxy S Advance also features a dual core 1GHz processor, plus 768MB of RAM, and a front facing 1.3 megapixel camera for video chat, on the back there is a 5 megapixel camera with auto-focus and an LED flash, the rear camera can record HD video in 720p at 30 frames per second.

The handset also comes with a choice of either 8GB or 16GB of built in storage, plus a microSD card slot that can take up to 32GB cards, we don’t as yet have any pricing details for the various mobile carriers.