Whilst we are patiently waiting to find out more details about the new Samsung Galaxy S4, Samsung has announced another Android smartphone in South Korea, the Samsung Galaxy Pop.

The Samsung Galaxy Pop features a 4.65 inch HD Super AMOLED display and is powered by a quad core 1.4GH processor and will come with Android 4.1 Jelly Bean. 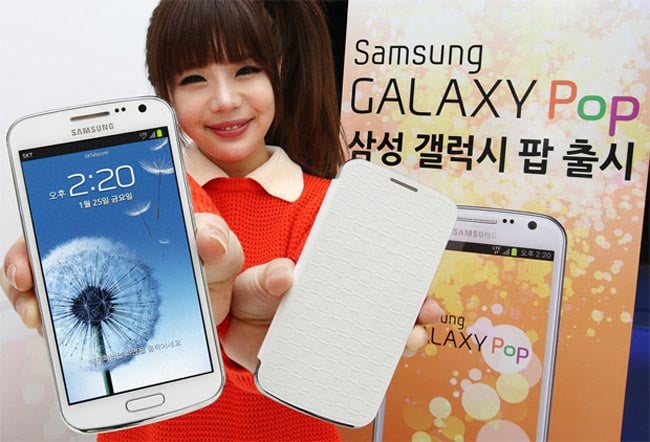 Other specifications on the Samsung Galaxy Pop include an 8 megapixel rear camera for photos and video and a front facing 2 megapixel camera for video chat, plus a 2,100 mAh battery.

The Samsung Galaxy Pop comes with NFC, S Beam, Bluetooth 3.0 and retails for 700,000 won which works out at around $645 US dollars, it comes bundled with a flip cover, there are no details on when it will be available outside of South Korea.