Samsung’s Galaxy smartphone is becoming a popular Android handset, now Samsung is looking to take on Apple and their iPod Touch with a new Android based PMP, the Samsung Galaxy Player 50.

The Samsung Galaxy Player 50 features a 3.2 inch WVGA multitouch LCD display, it runs version 2.1 of Google Android, and it comes with either 8GB or 16GB of storage built in. 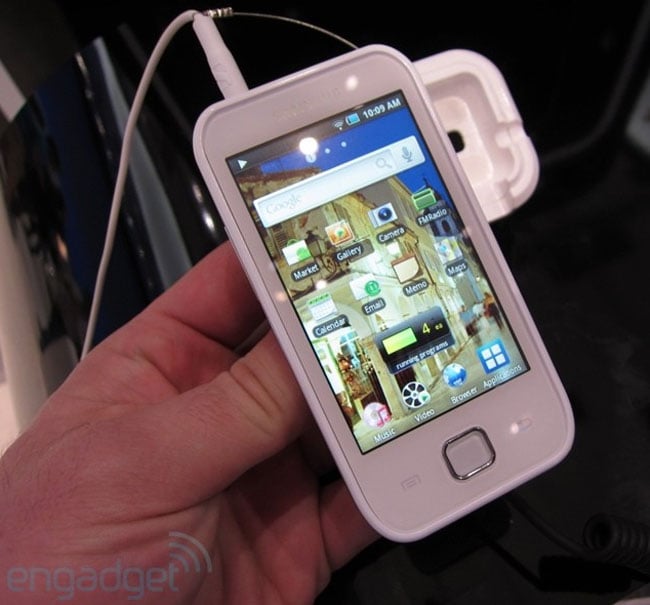 There is also a micro SD card slot in the Samsung Galaxy Player 50 that can take up to 32GB microSD cards, which will give you total storage of either 40GB or 48GB.

The Samsung Galaxy Player 50 also comes with a two megapixel camera on the back, plus integrated 802.11n WiFi. There are no details on pricing or availability as yet.