Following on from the highly anticipated unveiling of Samsung’s new Galaxy Note II phablet yesterday. A place card has today been spotted on the floor of the IFA consumer electronics trade show in Berlin this week, with prices listed for Samsung’s Galaxy Note II via Vodafone.

As you can see from the photograph below the Samsung Galaxy Note II will be priced at €639.90 through Vodaphone, the equivalent to about $803. 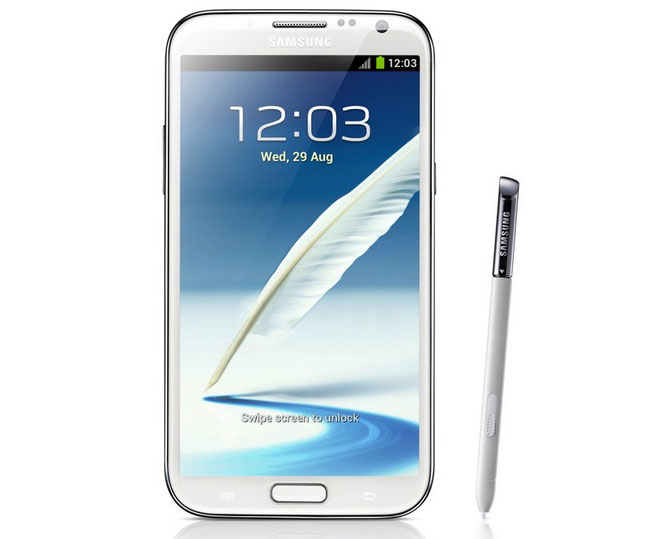 To re-cap the Samsung Galaxy Note II builds on the design of Samsung’s original Galaxy Note device and is equipped with a powerful 1.6GHz Quad-Core processor and 5.5 inch HD Super AMOLED touch screen. 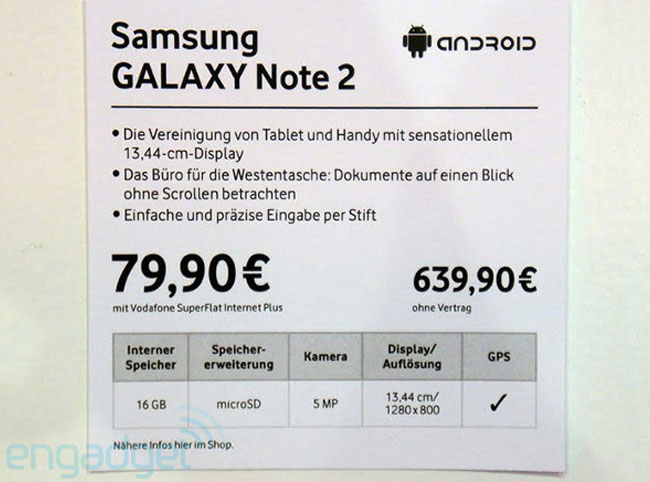