Last week we heard a number of rumors that the Samsung Galaxy Note for AT&T would be unveiled at this weeks CES, and whilst the device hasn’t been officially announced by AT&T, it has been confirmed by Samsung.

The guys from The Verge snapped the photo below, which clearly shows the US Samsung Galaxy Note with AT&T branding, so we suspect we should have some sort of official announcement from AT&T later today. 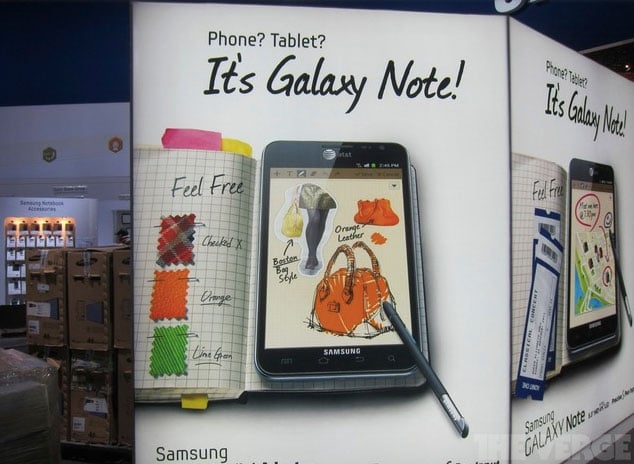 As a reminder the Galaxy Note comes with a 5.3 inch HD Super AMOLED touchscreen display, and the AT&T version is rumored to come with NFC built in.