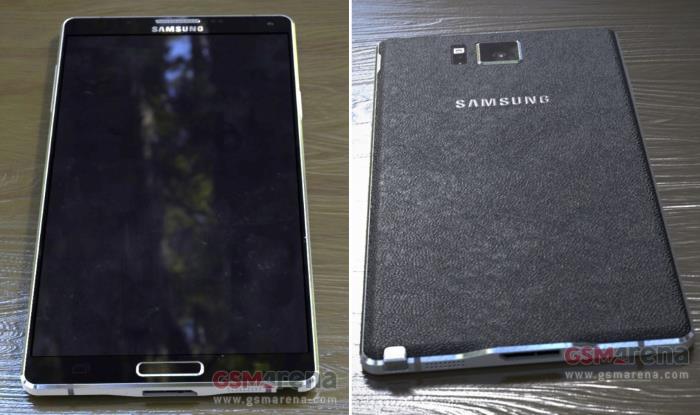 Samsung Galaxy Note 4 has leaked countless number of times in the past few months, but we didn’t get a change to look at the design of the alleged device.

Recently, an anonymous tipster sent the folks at GSMArena some images of what they believe is the Galaxy Note 4. If it’s real, it seems Samsung appear to have changed the design, with opting for a leather-like back.

It’s not just the device, they also posted an image of the retail box of the device, which if you ask me doesn’t look legit since Samsung has been using recyclable boxes to ship its devices, but this one is different. 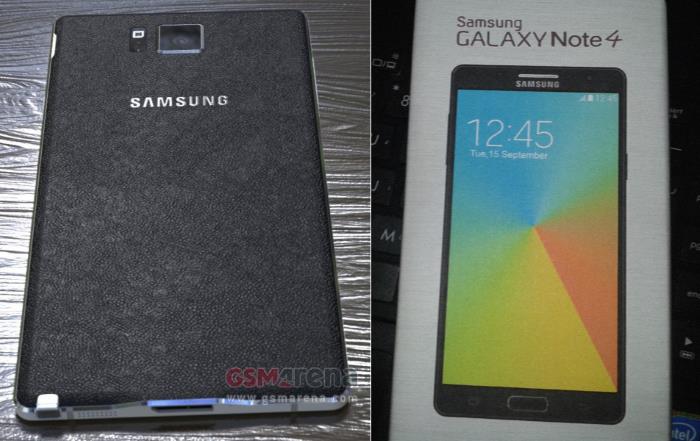 The device is also expected to launch with 32GB of storage with a microSD card slot, a 12MP camera for photos and videos, as well as a 2MP front-facing camera, fingerprint sensor, heart rate monitor and Android 4.4 KitKat as its operating system out of the box.

Samsung has scheduled its Unpacked event on 3rd September in Berlin where the company is expected to launch its Samsung Galaxy Note 4. Rumors suggest it will go on sale by mid-September in most international markets.