Samsung first announced the Galaxy Note 10.1 back in February at MWC 2012, we are still waiting for the device to go on sale, which is rumored to be happening some time soon, and now we have some unboxing photos of Samsung’s new Galaxy Note. 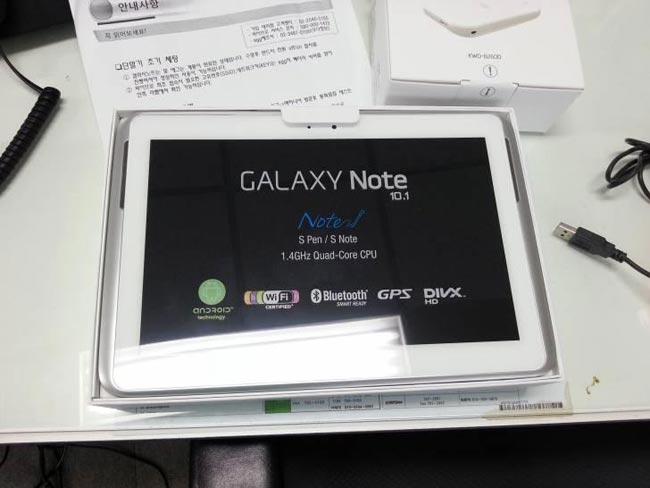 The photos below are from the guys over at The Brave Post who managed to get their hands on the white version of the Galaxy Note 10.1, which you can see below.

We still do not have an exact launch date for the new Galaxy Note 10.1, as soon as we get some more information we will let you guys know.