The Samsung Galaxy Note 10.1 2014  Edition is already available in the US and the UK, and now Samsung has announced the launch of this new Android tablet in their home country.

Samsung are launching the Galaxy Note 10.1 in South Korea with LTE-A or LTE Advanced, the tablet will be available in both WiFi only and WiFi and cellular models. 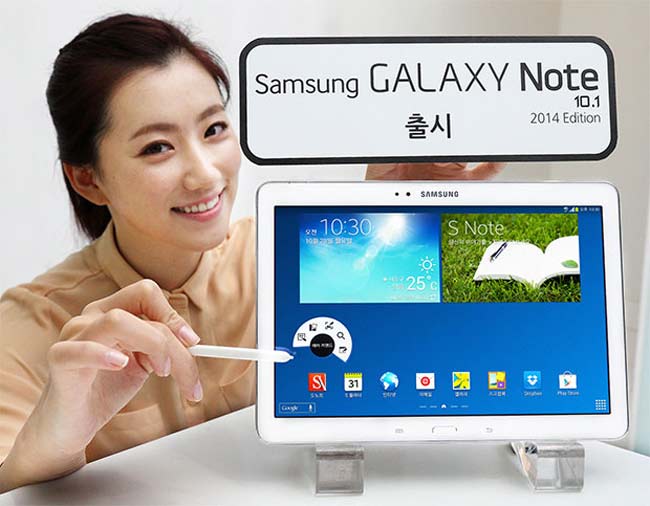 The WiFi only version of the Galaxy Note 10.1 features a different processor in the form of a 1.9GHz Samsung Exynos Octa 5 processor, the tablet also features 3GB of RAM and either 16GB or 32GB of built in storage.

Other specifications on the Samsung Galaxy Note 10.1 include a10.1 inch display that has a resolution of 2560 x 1600 pixels, the tablet also comes with front and rear facing cameras.