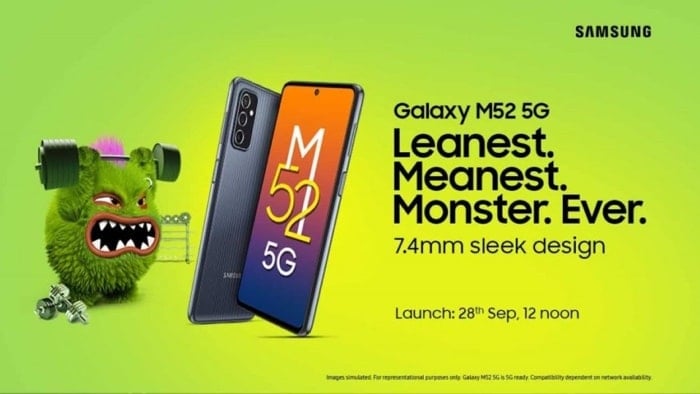 We have heard lots of rumors about the new Samsung Galaxy M52 5G and now we have details on when it will be made official.

Amazon has revealed that the new Samsung Galaxy M52 5G smartphone will be made official on the 19th of September.

We already know many of the specifications for the handset and these will include 6.7 inch Super AMOLED display with a Full HD+ resolution.

The device will be powered by a Snapdragon 778G mobile processor and a choice of 6GB or 8GB of RAM and it will come with 128GB  of built in storage.

The device is also expected to feature a 5,000 mAh battery and fast charging and it will come with Android 11 and One UI 3.1 plus Knox Security 3.7.

As yet there are no details on how much the new Samsung Galaxy M52 5G smartphone will retail for, we will have more details when it gets made official on the 19th of September.