Yesterday, we heard a rumor that Samsung will also launch the Galaxy Gear Fit alongside the highly rumored Samsung Galaxy S5 and Galaxy Gear 2.

Well, it turns out the rumor was correct after all. The well-known Twitter leaker @evleaks has posted a few images of the upcoming Samsung Galaxy Gear 2 and Galaxy Gear Neo, at least now we know what the second health-related wearable will be called. 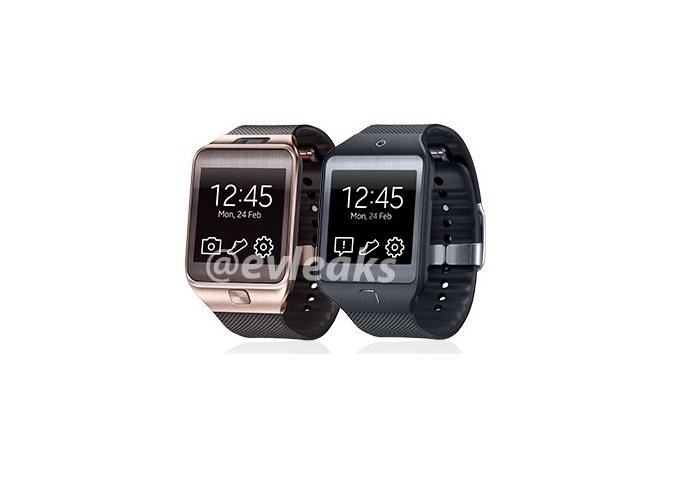 They look quite similar to their predecessor, but it seems one of them is made of plastic while the other one comes with a metallic look. Well, if you recall the earlier rumor, Samsung Galaxy Gear Fit will not have a camera in the strap, although we cant tell it from the images, but it could be possible. Both watches also have a home button beneath the display.

And, using the name “Neo” is nothing new. Recently, Samsung unveiled a few handsets with the name, which are the trimmed down versions of their handsets, such as the Galaxy Note 3 Neo, etc.

Samsung Unpacked event is just a day away where the company is expected to unveil a bunch of products including the successor of the Galaxy Gear, Samsung Galaxy S5 and now, Galaxy Gear Neo (at least this is the name prolific leaker is calling it). Stay tuned as it’s going to be an action packed event.