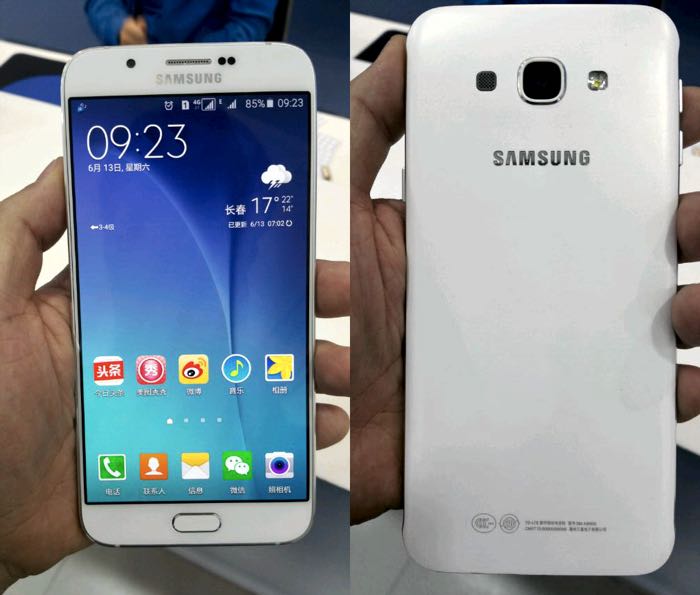 The Samsung Galaxy A8 smartphone is expected to launch shortly, the handset recently appeared in China’s TENAA and now it has popped up at the FCC in the US.

The Galaxy A8 will come with a 5.7 inch Super AMOLED display with a Full HD resolution of 1920 x 1080 pixels and it will be powered by a Qualcomm Snapdragon 615 processor.

Other specifications on the handset will include 2GB of RAM and 16GB of built in storage, the device will also come with a microSD card slot for extra storage, plus it will feature front and rear facing cameras.

The front camera on the Samsung Galaxy A8 is said to be a 5 megapixel version and the rear camera will be a 16 megapixel camera, the device will also come with WiFi, Bluetooth, 4G LTE and a 3050 mAh battery, plus Android Lollipop.