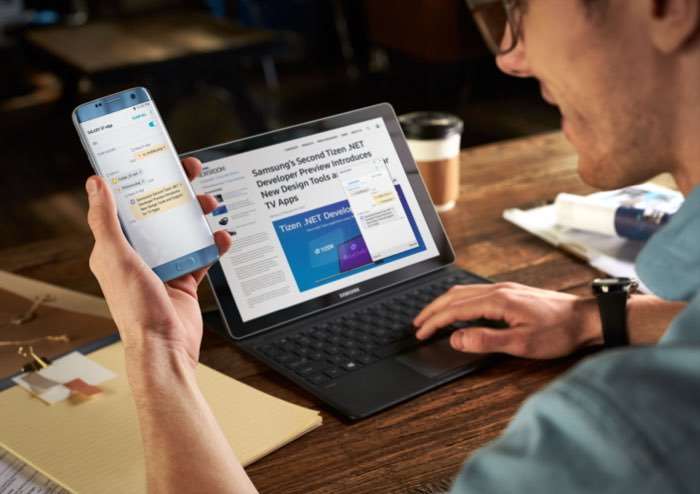 Samsung has announced the release of an updated version of Samsung Flow and the new version of the software will bring Flow to more devices.

The next version of Samsung Flow will be released in April and Samsung has said that it will be compatible with a number of devices running Android Marshmallow and above.

Samsung Flow allows users to seamlessly manage data and messages between their Galaxy smartphone and tablet, helping them enjoy new levels of convenience and mobility.

When the devices are synchronized, users may unlock their tablet using their phone’s fingerprint sensor, manage smartphone notifications directly from their tablet, start a browsing session on one device and easily continue on the other, effortlessly transfer content between the two devices, and automatically connect their tablet to their phone’s mobile hotspot.

You can find out more details about the new version of Samsung Flow over at Samsung at the link below, an exact release date for the update has not been given as yet.