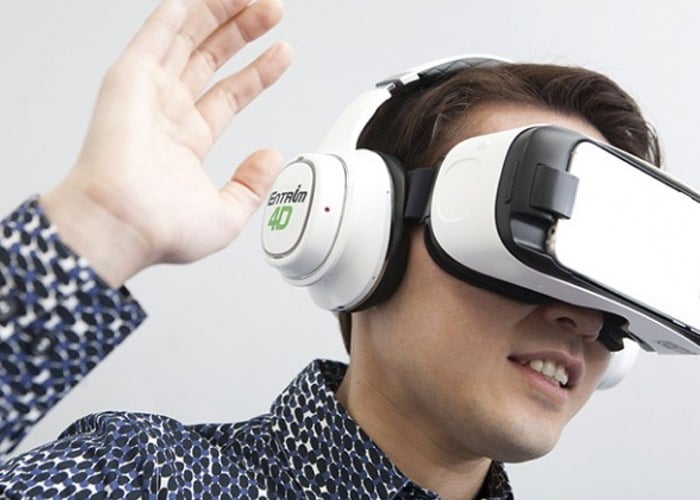 Samsung has this week unveiled a new pair of experimental headphones in the form of the Samsung Entrim 4D that it will be showcasing at SXSW 2016 which have been designed specifically for virtual reality applications and include technology that is capable of tricking your inner ear to thinking your body is physically moving.

Watch the video below to learn more about these new and unique Samsung Entrim 4D headphones which are sure to add another dimension to the ever-increasing range of virtual reality headsets that will be making their way to market this year for consumers to enjoy. 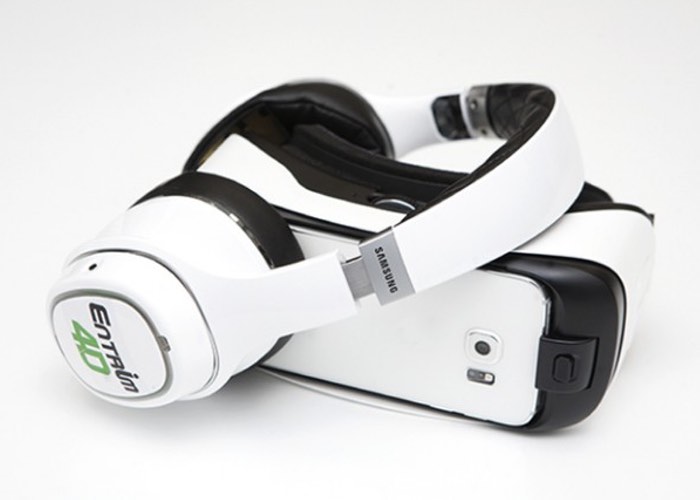 The Samsung Entrim 4D headphones use a technology known as Galvanic Vestibular Stimulation (GVS) which has been discussed for some time throughout the virtual reality community and is thought can possibly bridge the gap between visually and aurally induced psychological immersion. Samsung explains more :

Using a safe technique that sends electrical signals to the vestibular system in the ear, Entrim 4D synchronizes the body’s balance system with the changing movements in the VR videos. Users thus feel as if they are a part of the on-screen action, and can even sense direction and speed of movement.

Due to the early development stage that the headphones are currently in, no information on pricing or worldwide availability has been released as yet Samsung, but as soon as information comes to light we will keep you updated as always.