Samsung has launched a new handset on the Verizon wireless network. The handset is called the Reality and rather than talking up the features and style of the phone for its launch, Samsung opted for something a bit different.

Samsung held a giant dodgeball game and set the Guinness World Record for the largest game of dodgeball ever. The game has 712 players, talk about a nice round number, and used 600 dodgeballs. 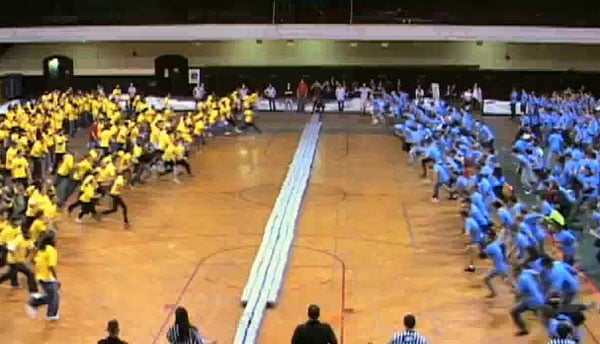 The previous record was 450 participants. Blue and yellow teams squared off against each other with the blue team winning. There is a video below so you can see all the dodgeball carnage. They should have had a dude in a wheelchair hurling Reality phones randomly at the participants. If you can dodge a phone, you can dodge a ball.