It would appear that Samsung and Verizon are getting ready to launch a new Windows Phone 8 smartphone, the Samsung Ativ Odyssey, which you can see in the photo below that was leaked by @evleaks.

The Samsung ATIV Odyssey is rumored tpo feature a 4.8 inch Super AMOLED display with a resolution of 1280 x 720 pixels, the device is expected to feature a dual core 1.5GHz Snapdragon S4 processor and an Adreno 225 GPU. 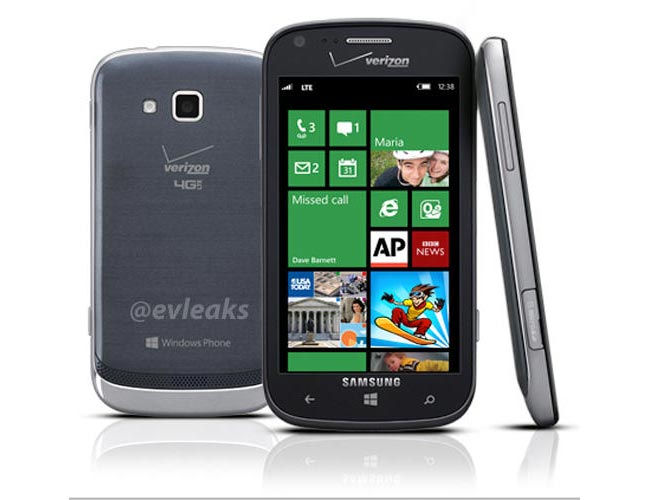 Other rumored specifications on the Samsung ATIV Odyssey include 1GB of RAM and 16GB of built in storage, the device is also expected to feature an 8 megapixel camera on the back which can record full HD video in 1080p.

There are no details as yet on when the Samsung ATIV Odyssey will be available on Verizon Wireless, although the device did recently clear the FCC so we can expect to hear something about it over the next few weeks.