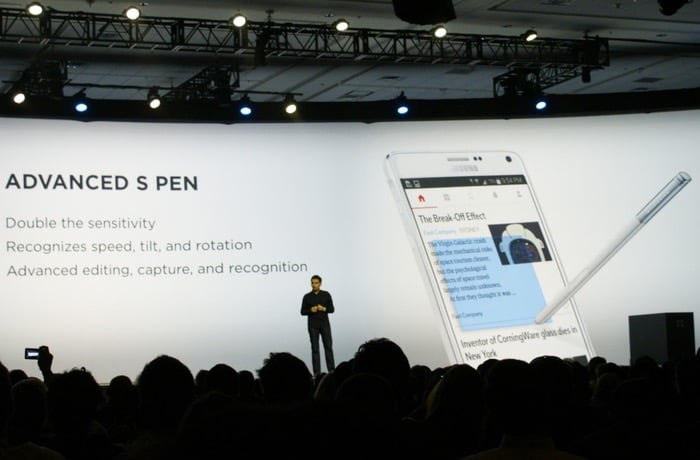 Samsung has this week unveiled a next generation S Pen stylus in the form of the Samsung Advanced S Pen, that has been created to provide users with double the sensitivity when compared to the older S Pen stylus, together with other new features and enhancements.

The new Samsung Advanced S Pen touchscreen stylus is also capable of recognising speed, tilt and rotation and is equipped with advanced editing, capture and recognition features for users to enjoy, says Samsung.

Samsung has also designed the new Advanced S Pen to render life-like strokes when you write, enabling your screen writing to look like your real-life handwriting. Samsung also released an updated S Pen SDK that is now available to download for developers to access the new features of the Advanced S Pen stylus.

When the new Samsung Advanced S Pen rolls out it will be available on the Galaxy Note 4 and Galaxy Edge smartphone. Its also thought Samasung will make it available as an additional accessory for purchase although no information on pricing or worldwide availability has been released as yet. But as soon as details are announced we will keep you updated as always.