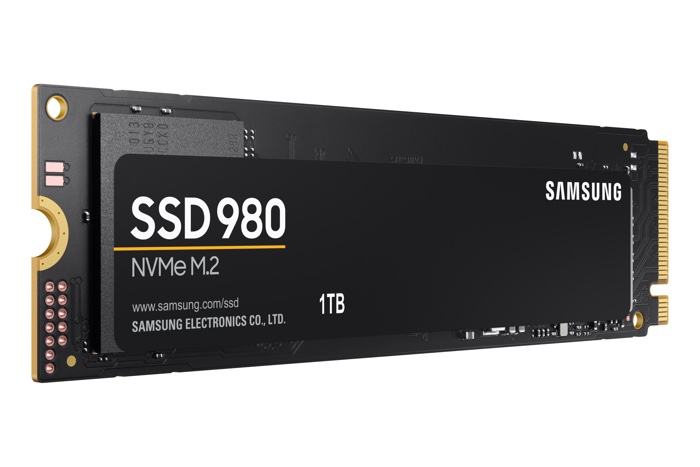 Samsung has announced its latest SSD, the Samsung 980 NVMe SSDand Samsung says that the device delivers the highest performance among DRAM-less SSDs.

Samsung says it has achieved this through both software and hardware innovations, you can se emore details about the device below.

Previously, DRAM-less designs have presented a disadvantage in speed without the short-term memory at hand for fast access to data. Samsung’s 980 utilizes Host Memory Buffer (HMB) technology, which links the drive directly to the host processor’s DRAM to overcome any performance drawbacks. This technology, coupled with the company’s latest sixth-generation V-NAND as well as optimized controller and firmware, enables the 980 to provide NVMe performance with six times the speed of SATA SSDs. Sequential read and write speeds come in at up to 3,500 and 3,000 MB/s, while random read and write performances are rated as high as 500K IOPS and 480K IOPS,3 respectively.