A new sailing boat has been created called the Vestas Sailrocket Mk.II (VSR2), which is capable of reaching up to 60 mph on water, using just the wind for propulsion.

The new Sailrocket is able to reach such speeds due to its design, which enables the craft to lift out of the water and only touch it by a couple of fins, reducing drag. Watch the video after the jump which shows the 18th run of the Sailrocket. 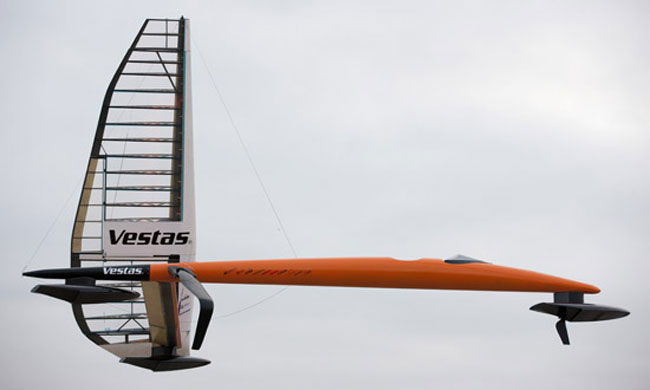 The Vestas Sailrocket Mk.II has been designed to use ventilated foils, which its designers believe will allow boats to exceed the limits previously imposed by ‘cavitation’.

The Sailrocket is still currently under development at the moment but from the video below you can already see the unique design is paying off dividends in the speed department.