Winter does funny things to people. Other than cabin fever, a man can be driven to blow up the snow on his yard or build a small tracked engine to propel himself in skis. Apparently this Russian dude had a better idea: Strap on a propeller and zoom! MacGyver would be proud. 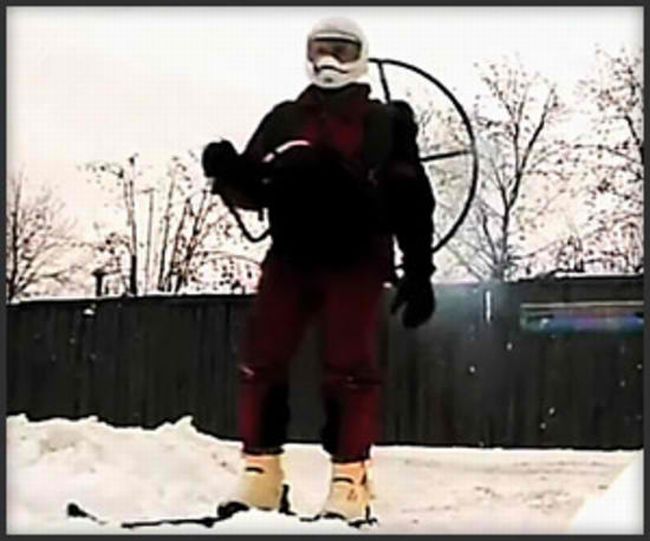 The grainy picture above is taken from a YouTube video he posted showing off his exploits in the snow. The hardware involved is actually a cannibalized lawnmower engine which he converted into a wearable back-pack type device.

Lo and behold, this amazing build can reach speeds up to 25mph. We don’t know about the injuries though.

What would really blow us away is news a few months from now reporting that Russian Special Forces have adopted this as gear for winter operations.

Would this actually work well in mountain slopes without triggering an avalanche?