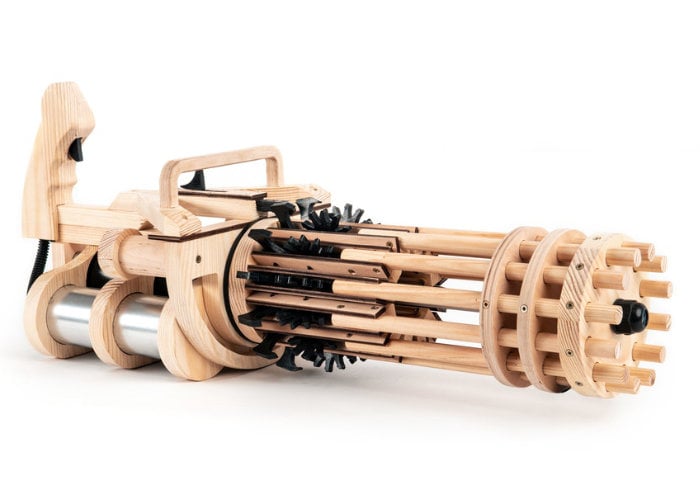 If you fancy owning your very own rubber band firing mini gun or know someone who would, you may be interested in a new Kickstarter campaign launched this week offering a fantastically awesome fully automatic, rubber band mini gun from $94. The mini gun is available as a kit or fully assembled and comes in either black or natural wood finishes depending on your preference. 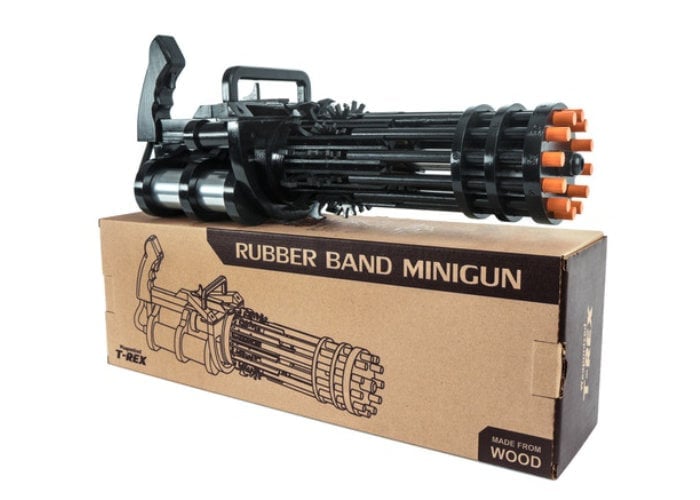 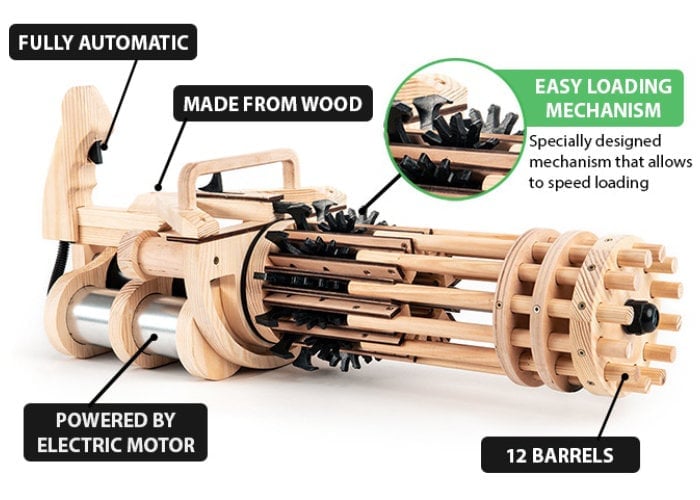 The fully automatic rubber band firing minigun has been designed according to the Gatling Machine Gun Principle. The body is constructed from wooden parts precision cut on a CNC machine. The mini gun is capable of firing 144 rubber bands or over a 1lb of rubber bands when unleashed. Check out the demonstration video below to learn more about its capabilities. 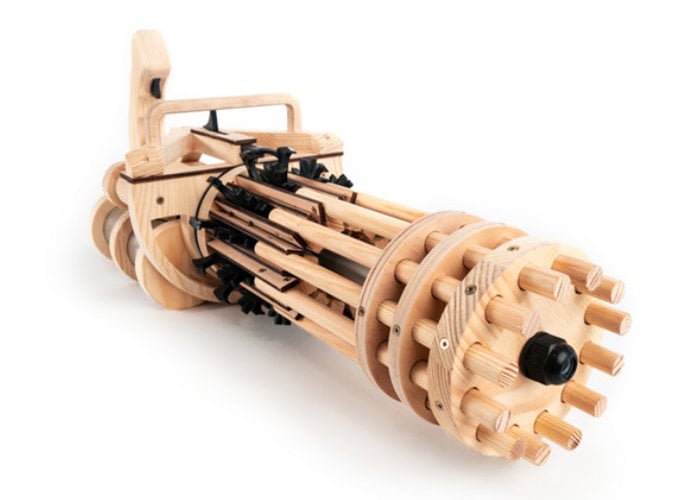 “This is the best and most affordable Rubber Band Minigun on the market. Its main feature is a specially designed mechanism that allows you to charge it in a matter of minutes. You can assemble it with kids, use it as cosplay, and it’s an ultimate gift. The most advanced mechanism on the market that will allow you to quickly load your Minigun. The design of the Rubber Band Minigun allows you to rotate the drum idle (even without loaded rubber bands) which allows you to impress others. Press the trigger to rotate the drum, and then press pusher to release rubber bands in flight. You can shoot single shots, saving ammunition and conduct aimed fire, or release an entire flurry of rubber bands at your opponent.”