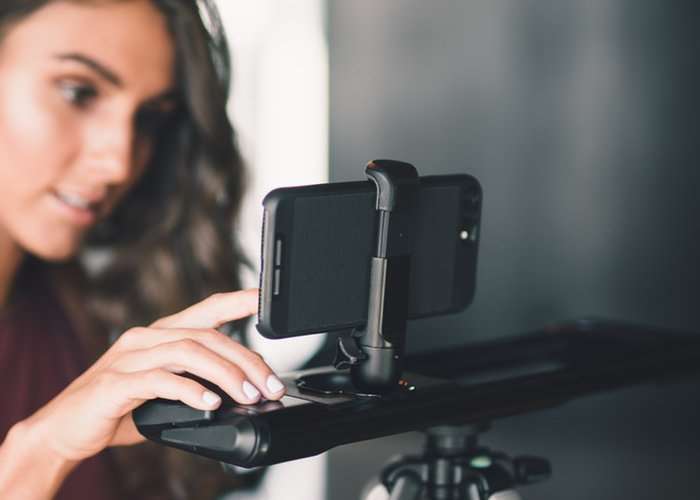 Smartphone photographers and those that prefer a more traditional DSLR may be interested in a new ROV camera slider which is being created by Kyle Hart based in Seattle.

The camera slider allows you to take cinematic video and time-lapse using a wide variety of different devices including iPhone, Android smartphones, GoPro action cameras, DSLR or Mirrorless cameras. Watch the demonstration video below to learn how easy the ROV camera slider is to use.

ROV is a motorized camera slider for your iPhone/GoPro/Android & DSLR/Mirrorless camera (up to 5lbs). Using it is as simple as pressing record and your phone moves and captures cinematic video simultaneously. Use a DSLR or Mirrorless camera on ROV PRO to capture amazing video and time-lapses.

App-connected devices are only good as the apps that control it. ROV uses two distinctly different apps to control it based on what you’re filming with. Our apps are heavily tested, and available for download. You can even use Rhino Storyteller without ROV to create amazing videos.

Jump over to the official Kickstarter campaign via the link below for more details and to make a pledge.