If you fancy adding a little more character to your smartphone together with the ability to control it. You might be interested in the Romo Smartphone Robot which has been created and is available for both Apple and Android smartphones.

The Romo Smartphone Robot has been under development for sometime and applications to control Romo are available to download from the Apple App Store and the Android Market, with the mobile caterpillar track dock available to purchase for $149 in a variety of colours. 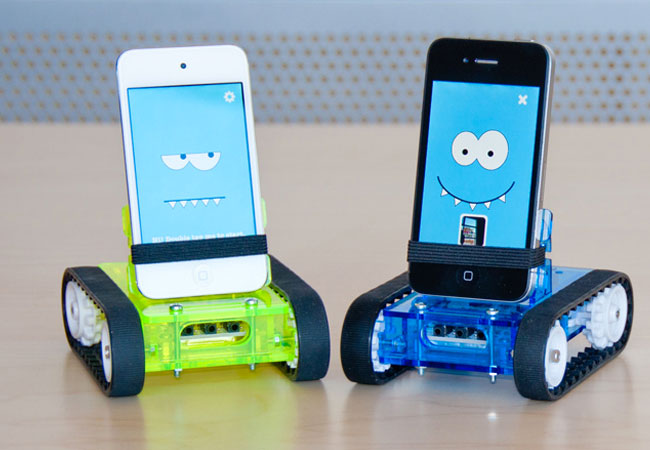