ROCCAT has been showcasing their new Power Grid app at CES 2013 that has been in development for some time and was first unveiled back in CES 2012, and has been designed to provide users with a monitoring system for the PC systems and games.

The free ROCCAT Power-Grid is app lets you connect, monitor and control your games and PC without having to leave the action by enabling a direct connection from your smartphone, providing four displays to monitor the action on your smartphone. 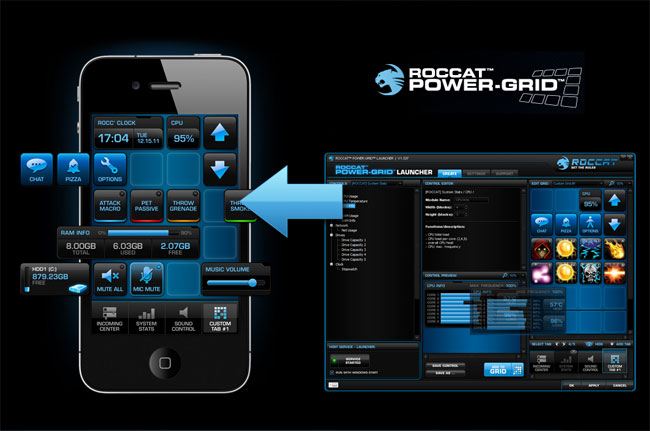 One screen is fully customisable and the iOS app works with ROCCAT Power-Grid Launcher which connects smartphone and PC together and provides the editor for the custom screen. Other features include the ability to then share your setups with friends and teammates.

“The Power-Grid phone app works over Wi-Fi, and essentially feeds system monitoring, instant messages, RSS feeds, and volume control for your PC to your phone, essentially adding a Razer Switchblade style UI to a touchscreen you already own.”

ROCCAT says that their Power Grid application will also be arriving on Android and Windows Phone devices in the future. For more information jump over to the ROCCAT website