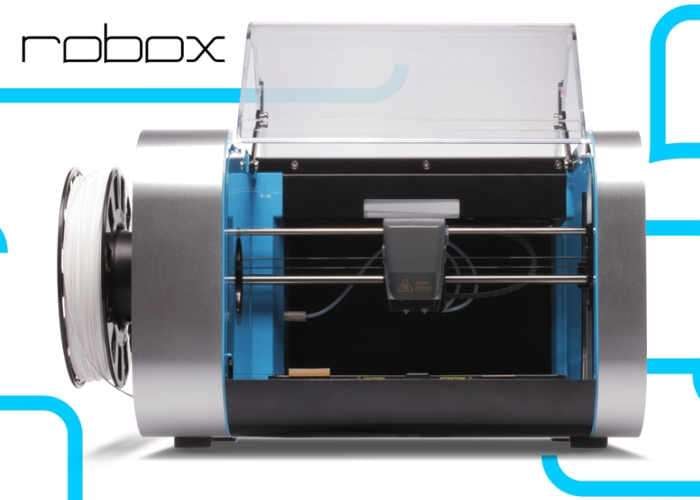 C Enterprise (UK) Ltd have this week launched a new Kickstarter campaign to promote their new hardware and wireless connectivity software which they have created for their awesome Robox 3D printer.

The new RoboxRoot is powered by the fantastic Raspberry Pi mini PC and can easily be connected to any existing Robox 3D printer enabling it to be accessed wirelessly, as well as benefit from more additional peripherals such as a wireless camera to watch the print in progress if desired.

Watch the video below to learn more about the latest hardware and software created by the development team at CEL to add even more functionality to their ever-growing range of 3D printing products.The team explains a little more about the three new products.

This project is about workflow. Robox is an amazing tool; it enables its users to concentrate on the function and design of their ideas rather than getting caught up in the process of creation. RoboxDual is the second addition to the Robox family, it is not a replacement, more an evolution of the original. An original Robox can be upgraded to become a RoboxDual.

As part of our first Kickstarter we hinted at control devices for Robox. We are very pleased to be able to show Root and Mote, a control device and an interface. We deliberately chose not to include control hardware and a user interface built into Robox hardware to prevent that hardware from limiting the potential of the basic functions which is an XYZ motion frame. By keeping control hardware separate we are able to alter and improve it without disrupting that simple and robust system. This helps to reduce cost, keeps development simple and fast, and allows great flexibility as described below.

Root is based on a Raspberry Pi 3 | Model B, it runs services which allows other systems to view and control connected Robox units remotely. A wired or wireless network connection can be used via a computer running AutoMaker, a tablet, smartphone, or our very new and purpose built Mote device.

For more information on the new RoboxRoot jump over to the Kickstarter website for details by following the link below.