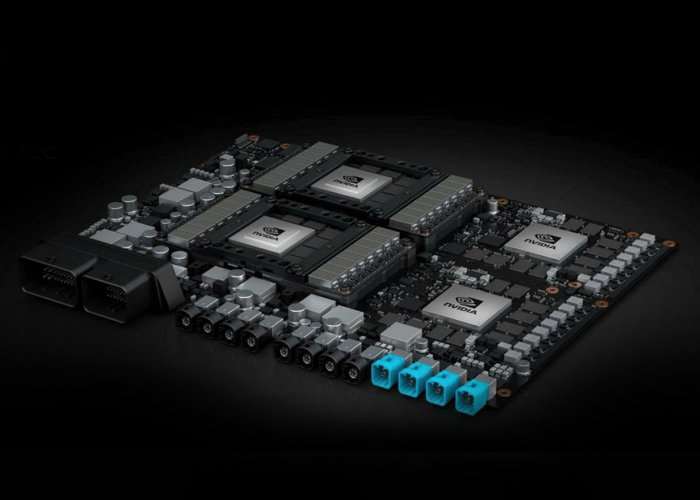 NVIDIA has this week announced that more than 25 companies are currently in the process of developing Level 5 Robotaxis on NVIDIA CUDA GPUs and have unveiled the world’s first artificial intelligence computer designed to drive fully autonomous robotaxis.

Millions of hours of lost time will be recaptured by drivers as they work, play, eat or sleep on their daily commutes. And countless lives will be saved by vehicles that are never fatigued, impaired or distracted — increasing road safety, reducing congestion and freeing up valuable land currently used for parking lots.

The computational requirements of robotaxis are enormous — perceiving the world through high-resolution, 360-degree surround cameras and lidars, localizing the vehicle within centimeter accuracy, tracking vehicles and people around the car, and planning a safe and comfortable path to the destination. All this processing must be done with multiple levels of redundancy to ensure the highest level of safety. The computing demands of driverless vehicles are easily 50 to 100 times more intensive than the most advanced cars today.

“Creating a fully self-driving car is one of society’s most important endeavors — and one of the most challenging to deliver,” said Jensen Huang, NVIDIA founder and CEO. “The breakthrough AI computing performance and efficiency of Pegasus is crucial for the industry to realize this vision.

“Driverless cars will enable new ride- and car-sharing services. New types of cars will be invented, resembling offices, living rooms or hotel rooms on wheels. Travelers will simply order up the type of vehicle they want based on their destination and activities planned along the way. The future of society will be reshaped,” he said.

More information on the NVIDIA CUDA artificial intelligence computer jump over to the official NVIDIA website by following the link below.