Only the Japanese are ingenious enough to wrap a really smart gadget inside a cute polar bear. It’s called Jukusui-kun, which means deep sleeper. What it does is adjust a person’s sleeping position to keep them from snoring. The magic is one of its paws moves to the sleeper’s head and tickles it. Sort of annoying, but apparently it works. Just check out the video after the jump. 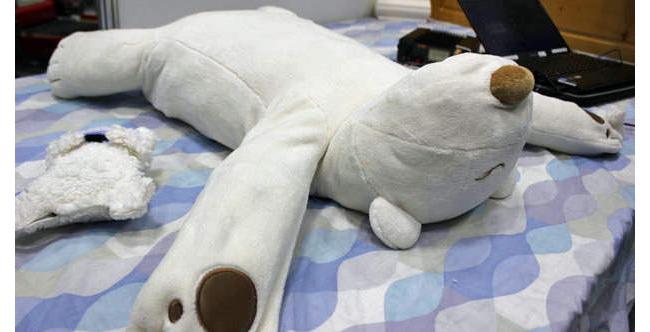 Thank the geniuses from Wasaeda University for this clever take on a robotic pillow. It actually has a built-in oxygen meter to keep tab of the person’s breathing. Once it’s out of sync, thereby producing snores, the polar gear goes into action.

It’s a good idea. Just think of how many people have to suffer through snoring. It’s worse if the perpetrator is grumpy when you try to save them from their own infernal noise. Pinching their nose doesn’t work very well either; it’s more likely you’ll get smacked in the face if you try this.