If you have always fancied owning your own Batmobile, and have a spare £90,000, there is a road legal Batmobile up for auction in the UK. It is based on the Batmobile from the 1989 and 1992 Batman movies which starred Michael Keaton as Batman.

This road legal Batmobile features a Jaguar 3.2 liter engine, hydraulic suspension, automatic transmission, a custom chassis and even a remote start system, have a look at the video below and photos below. 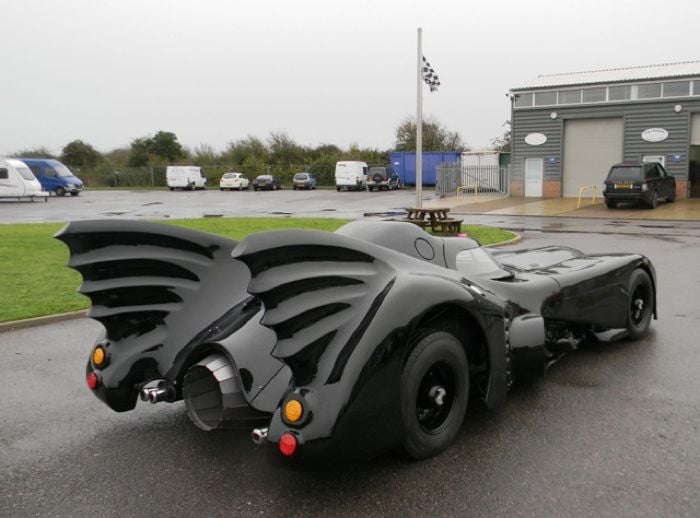 This extremely well conceived tribute to the 1989 Michael Keaton Batmobile was made for promotional purposes and has been displayed at many exhibitions and motor shows. It comes complete on a bespoke chassis and powered by a straight six, fuel injected modern Jaguar 3.2 litre engine with automatic transmission. Special crime fighting gadgets include a fully operational flame thrower at the rear, hydraulic suspension enabling the car to be lifted a further nine inches off the ground, a smoke release mechanism, remote full releasing electronic canopy, remote ignition and full LED running lights, dashboard display and front and rear camera’s complete the specification. This vehicle is believed to be one of the best after-production, fully road-legal models ever made. The mileage is particularly low as it has mainly been transported from venue to venue and is described by the vendor as in excellent running order.

‘Undoubtedly one of the most striking vehicles on the planet, this would be the ultimate purchase for any private collector – and don’t forget, chicks love the car!’

The road legal Batmobile is being auctioned by Historics auction house in Surrey, and it comes with a guide price of between £70,000 and £90,000. 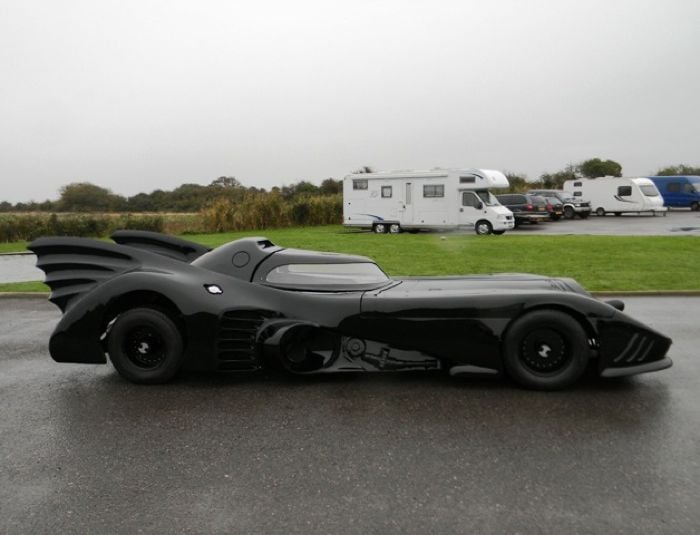 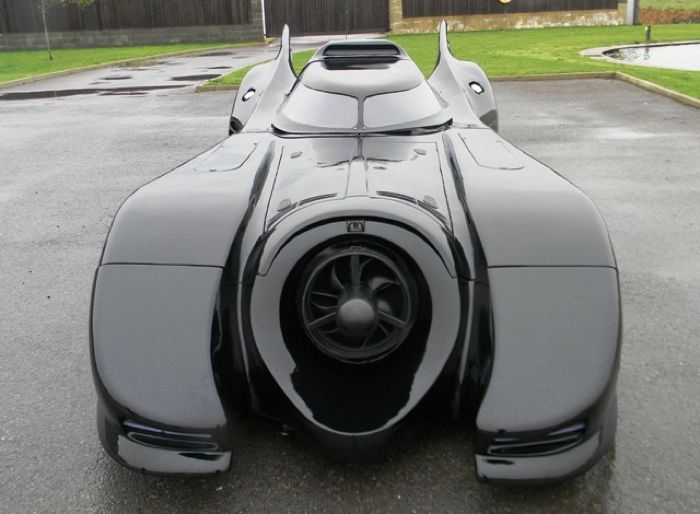