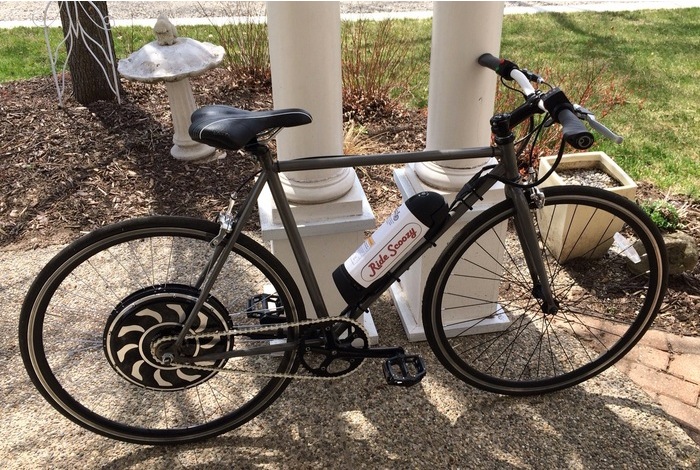 Jason Habeger has created a new reliable and fun electric commuting bicycle called the Ride Scoozy, which he has launched over on the Kickstarter crowd funding website.

The Ride Scoozy is available to purchase in two different styles offering both 300W and 500W power sources, offering a great alternative to driving or public transportation. Check out promotional video after the jump to learn more about the new Ride Scoozy e-Bike concept and how you can help it become a reality.

The Ride Scoozy bikes are fitted with a direct drive hub motor with internal controller, which is connected to the handlebar throttle controls and ergonomic grips. Habeger explains a little more.

“As a mechanical engineer, I have been building and tinkering with things my whole life.  What started with Legos, moved to Ford Mustangs when I turned 16, has now found electric bicycles.  After dealing with Southern California traffic for a few years I knew there had to be another way to get around town for short commutes without getting sweaty.

After researching the market, an electric bicycle with all of the features I was looking for that was within my price range did not seem to exist, so I began building my own electric bicycle in my garage. The year was 2012. “

So if you think Ride Scoozy is something you could benefit from, visit the Kickstarter website now to make a pledge and help Ride Scoozy become a reality. You might also be interested in the new Velogical Velospeeder prototype that allows you to easily transform your standard bike into an e-Bike.